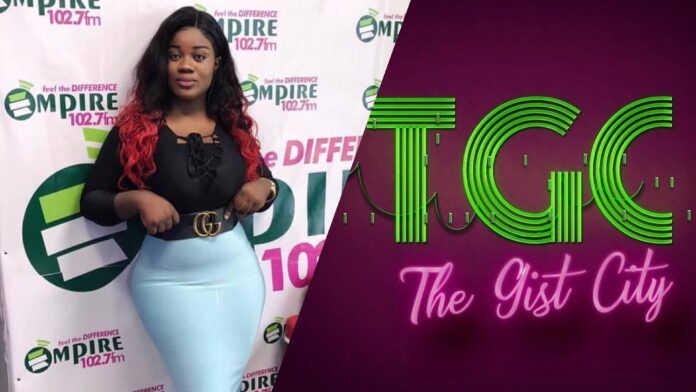 Host of Takoradi based Empire Fm’s Brunch and Drive Time Entertainment segment; Herty Mensah is set to launch her own produced show dubbed “THE GIST CITY”

The program is set to go live on YouTube and other social networking platforms.
Herty, who won the “Emerging Personality” of the Western Region’s RTP award works with Empire 102.7FM in the heart of Takoradi.

Empire Fm which is a subsidiary brand under the EIB network is an urban radio station in Sekondi-Takoradi.

The “TGC” show which will primarily focus on showbiz, promoting talent in the Western Region precisely and Ghana at large will have its first episode on 25th February 2021 to mark her birthday.
The good looking “EIB” presenter has promised nothing but rich content and succinct delivery as she embarks on this revealing journey as her bit in contributing to the growth of the entertainment industry in Ghana.

You can subscribe to her YouTube Channel @The Gist City and press on the notification bell and highly anticipate the first episode.
It promises to be great.