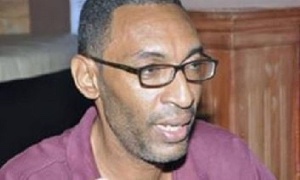 The son of Dr, Kwame Nkrumah Ghana’s first President has reacted to a book meant for basic schools in Ghana projecting his father as a dictator.

Dr. Sekou Nkrumah said that the Government of President Nana Akufo-Addo is to blame for allowing the history book – Golden History of Ghana for Basic 6 – which describes Kwame Nkrumah as a dictator.

He stated that a serious Government would have banned and removed the book from all schools rather than merely issue statements to the effect that the book is not approved and should not be used.

The book, Golden History of Ghana for Basic Six, is authored by Mercy Gyaa-Adiyiah and published by Golden Publications.

The book cast Dr. Kwame Nkrumah Ghana’s Independence icon in bad light, describing him as a dictator whose command was to be obeyed without question.

This publication has been met with criticism from many social media users, which has led to National Council for curriculum and assessment(NaCCA) to come out with a release that the book was not approved for use by Government.