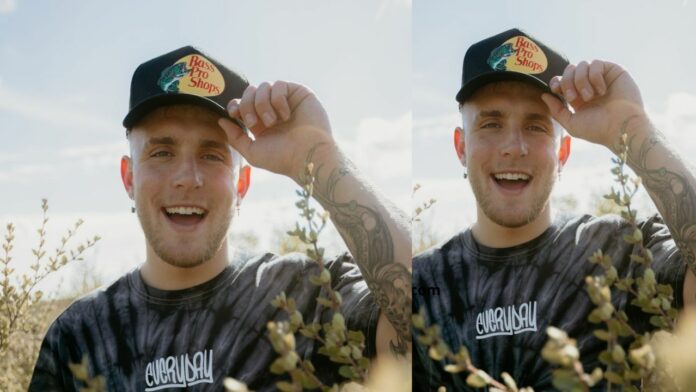 Jake Paul is an American social media personality, actor and comedian who has a net worth of $28 million as of 2021. He gained extensive media coverage when the music video for his 2017 single “It’s Everyday Bro” went viral on YouTube. He is the younger brother of YouTube star Logan Paul.

Jake Joseph Paul was born on January 17, 1997, in Westlake, Ohio to Pamela Stepnick and Gregory Paul. He has one brother, Logan, who is also a popular YouTube star. Jake got started posting videos on the now-defunct video platform Vine. He had nearly five and a half million followers and two billion views on Vine when it shut down.

Jake launched his video career in September 2013. Once Vine closed down in January 2017, Disney hired Jake to be on the sitcom “Bizaardvark.” His catchphrase on the show was “It’s Everyday Bro!” (Side note: That catchphrase is not grammatically correct. “Everyday” means commonplace, ordinary or routine, for example: “these are my everyday run-of-the-mill socks.” I’m pretty sure Jake is intending to say “It’s Every Day, Bro!” which would mean something that happens each day…)

In July 2017, Jake was fired from “Bizaardvark” during the filming of the second season. By that time, Paul had generated a bunch of controversies including complaints from his neighbors about wild parties, pranks, fire hazards, and the enormous crowds of young fans that gathered in the street outside of Paul’s rented house after he published his address on social media. In an interview with The Hollywood Reporter, Paul confirmed that he was fired from the Disney Channel show due to the hubbub over his parties and the local news coverage of it.

Jake Paul launched Team 10 in January 2017. Team 10 is a digital influencer marketing platform and creative agency that creates and promotes entertainment for teenagers. In May of that same year, he released a song and music video called “It’s Everyday Bro.” The video got more than 70 million views in one month.

In early January 2018, Paul uploaded a video called “I lost my virginity.” The video’s thumbnail showed Paul and his then-girlfriend Erika Costell laying semi-nude on top of each other. YouTube age-restricted the video as a result. Paul changed the thumbnail to a clothed photo of the couple.

Paul made his professional boxing debut on January 20, 2020, in Miami. He faced off against fellow YouTubers Gib. Jake was victorious with a TKO 2:18 into the first round.

On July 18, 2017, Paul’s neighbors in Los Angeles met with city council members and law enforcement officials with the intention of filing a public nuisance lawsuit against the YouTube star. Paul made the address of his rented home in the Beverly Grove neighborhood public and large crowds of fans gathered outside the house. Paul was eventually sued for $2.5 million by his landlords.

Paul started dating model Erika Costello in 2018. They broke up in November 2018. That same year, he dated “Agents of S.H.I.E.L.D.” actress Chloe Bennet.

Paul dated social media star, Tana Mongeau, from April 2019 to January 2020. The two were engaged and married in a highly publicized ceremony in July. The wedding turned out to be nothing but a publicity stunt.

In 2019, Paul threw a massive party at his Calabasas, California mansion. Authorities investigated whether or not a number of young, female guests had their drinks spiked. At least one person filed a complaint with the Los Angeles County Sheriff’s Department alleging that their drink had been drugged.

In a Facebook post on the “Moms of Conejo Valley” page, a concerned mom wrote: “My daughter was at a party in Calabasas last night for YouTube Jake Paul. The house was a mansion filled with young people. She ended up in the hospital with eight other girls who had been drugged and ended up at West Hills Hospital incoherent.” The mom said the girls were half-naked and couldn’t talk or walk.

On May 30, 2020, during the George Floyd/Black Lives Matter protests in Scottsdale, Arizona, Paul was having dinner at P.F. Changs in the Scottsdale Fashion Square mall. People began looting the mall. Paul and his friends waded into the middle of the looting to video what was happening. He was charged with criminal trespassing and unlawful assembly, both of which are misdemeanor charges. He was not arrested. He will have to appear in court in Arizona.

During the summer of 2020, Jake Paul faced a lot of criticism for the big house parties he threw during the spread of the coronavirus pandemic. No face masks or social distancing was required at Paul’s parties. Furthermore, despite local regulations, Paul has no plans to stop throwing his illegal gatherings because he wants to “live his life.” A party on July 14, 2020 was condemned by Calabassas mayor Alicia Weintraub.

In 2017, Jake Paul departed his Beverly Grove rental for a 15,000-square-foot mansion in Calabasas, California which he purchased for $6.925 million. Set on 3.5 acres at the end of a gated driveway, the home opens to a three-story entry with a spiral staircase, Italian tile, and hardwood. The living room has a fireplace and floor-to-ceiling picture windows.

Arched doorways lead to the formal dining room and kitchen, which features four ovens and a large center island. The wood-accented master bedroom, one of eight bedroom suites in the home, has a balcony and two walk-in closets. The oversized shower in the bathroom features steam, aromatherapy, and Bluetooth capabilities. A pool and spa with two waterfalls sit on the densely landscaped grounds, which includes two grills and multiple patios overlooking the canyon.