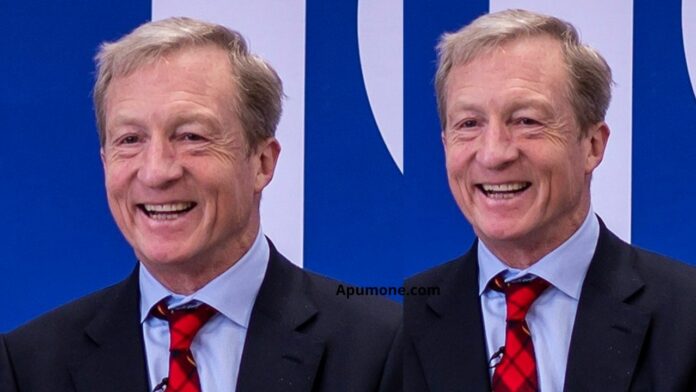 Tom Steyer is an American hedge fund manager who has a net worth of $1.7 billion as of 2021. Even though he rose to riches thanks to a hedge fund that he founded in 1986, Thomas Steyer is now fully turned to politics and the environment.

In late 2012 he sold his Farallon Capital hedge fund’s shares and by February 2013 he set aside $50 million to back select Democrats in that year’s elections. He gave $11 million to support the election of Terry McAuliffe as governor of Virginia in 2013.

Aside from politics, he has established himself as an avid environmentalist, taking part of several environmental measures on the California ballot over the past few years. Also, he has been one of the loudest opponents of the proposed Keystone XL oil pipeline.

Along his wife Kat Taylor, Thomas Steyer was among the first to sign the Gates-Buffett Giving Pledge in 2010. The couple has since donated tens of millions of dollars to alma maters Stanford and Yale for “advanced energy” research. They even created a foundation to start a community bank called One Pacific Coast Bank in 2004, and have spent some $50 million on it to date.

10/02/2021
Actor Emmanuel Kojo Dadson has died. He died at the Korle Bu Teaching Hospital on Tuesday, February 9, while undergoing dialysis for kidney issues.Kojo...

17/01/2022
ABOUT US
Our Motive is to provide reliable, accurate and informative news to you. The Urban and Rural at heart ❤️
Contact us: [email protected]
FOLLOW US
© Apumone 2022 All Rights Reserved