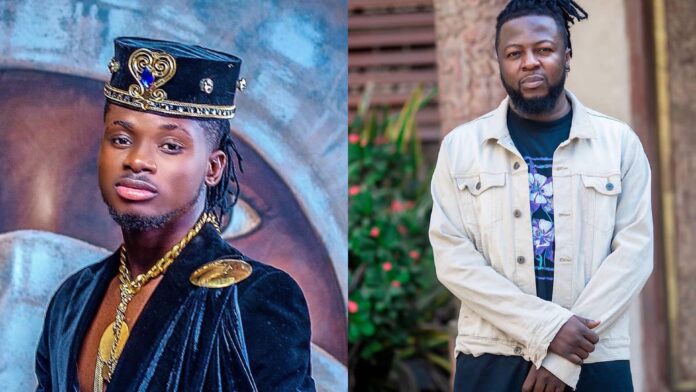 Musician Guru have reacted to viral story about how Kuami Eugene said he cannot feature on a song with Guru because he has disrespected his Boss Richie the owner of Lynxx entertainment a record label Kuami Eugene is signed to.

In a letter meant to address the issue, Guru stated the believe by Kuami Eugene that he was out of hits songs and could be reason why he asked for his verse on his song cannot be true because in his 13 years as a musician, there are countless hit songs he has produced and can rely solely on that.
Instead his request for their collaboration was to appreciate the hard work of Kuami Eugene.
Guru then advised Kuami Eugene to be careful about the industry he is in not to inherit enemies for himself because he may not stay with Lynxx Entertainment forever.

Read what Guru said in the letter in page 2