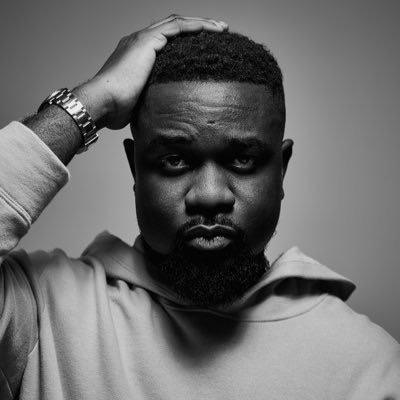 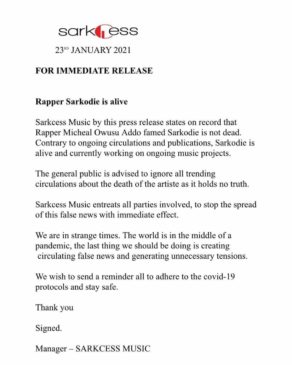 “I am Not Dead, I Will sue You If You Publish Fake News About Me”—Sarkodie Warns

Sarkodie has sent what can possibly be described as a strong warning to media personalities, journalists and bloggers to be careful and circumspect with the sort of news they spread about him for its becoming one too many.
The award winning rapper was reacting to a rumour in the early hours of Saturday 23rd January 2021 about his demise.

In a sketchy social media rumour the “Ofeetso” hitmaker was reported to have died.
However, In a letter signed by Sarkcess music management, they said it was a false story and that the father of two was alive and health.

On his official social media handle, Sarkodie shared the release with a caption
“Actually very disturbing how these things keep popping up…not once not twice…at this point the next best thing anybody would possibly think of is to sue…but Unoe what the least I can say now let’s be more responsible in your journalism..whatever the goal is this is certainly not a way to go”