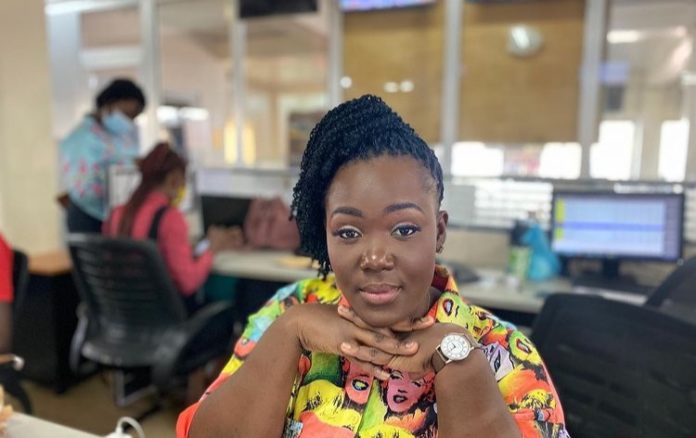 Cynthia Tima Yeboah widely known as Tima Kumkum well, has disclosed that her first marriage which ended in divorce the love for her ex husband wasn’t deep.

She made this revelation when she appeared on Delay TV.
According to her, her whole marriage was just an attempt to get back at his ex boyfriend whom she caught having an affair with her friend at the time.
She said the marriage was sort of revenge she was taking on her ex boyfriend to prove that she was happy without him.

The host of “Kabani Chatroom” on Adom Tv said although the love she had for her husband wasn’t that deep, she was hopeful that just as there is a saying that love grows, the little one she had for her ex husband would have grown as they continue to live together but that was far from happening.
Things took a twist and divorce came in just after having her second child.

When asked by Delay if she’s happy staying single or she considering a new relationship with a man the mother of two said;
“I’m not happy because I need a man in my life.
I feel that sometimes it’s not about saying you’re single and worshipping God.

Sometimes I need someone to talk to when having a problem. For example, when at work and someone does something to me, I wish I can call someone who cares and talk to him but when I pick up the phone, I have no one to call”