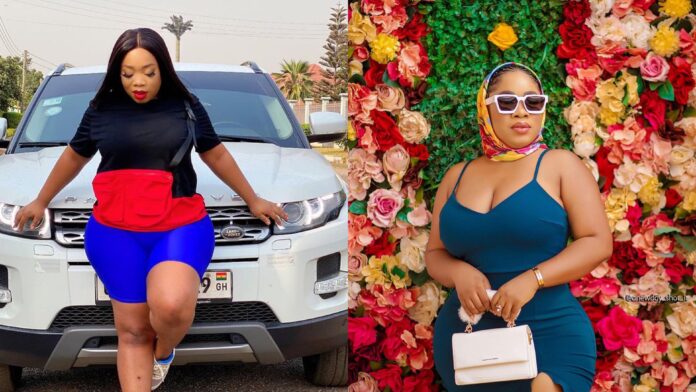 Actress and Socialite Moesha Bodoung has said she’s not a hypocrite as such she has never been shy of saying her preference.

In an interview with Emelia Brobbey which is scheduled to be shown on GHone Tv at 10pm this evening, the “heavy loaded” actress said she loves successful men with money as such if you are coming into her life you must be doing better than her.

In a short snippet meant for promo, Emelia Brobbey asked Moesha if She likes “One day one day ego better”?

Moesha giggled before saying” Emelia look at me, I have a Range Rover so me if you are coming into my life you should have a better car than my car”

Tune in to watch the full interview at 10pm on GHone tv tonight.