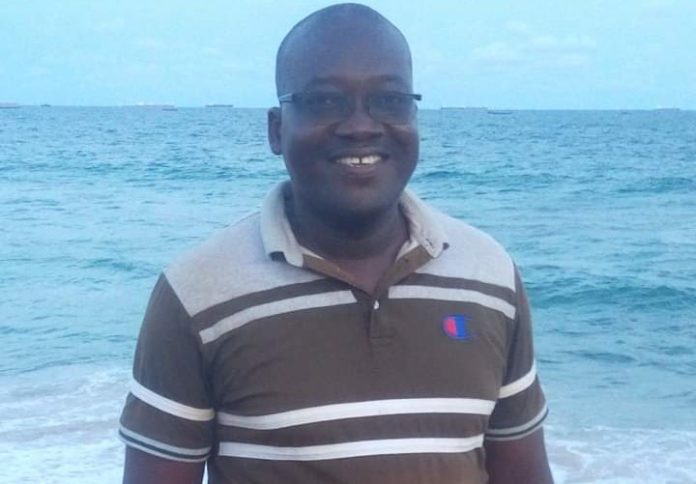 Corporal Nicodemus Deanata who resigned from the police service in 2016 to campaign for the New Patriotic Party he regret taking that decision.
According to him former interior minister Ambrose Dery is peddling lies about him on the corridors of powers.

He added that “For what reason? Unfortunately, the President also accepted and gave a presidential order to all his appointees and party executives not to mind Nicodemus for any request in his government. Because of that through the four years in government, I said I will not go to Ambrose for any assistance. But I also thought in 2019 that I cannot just presume that Ambrose is the brain behind my suffering in the NPP government and will not go to him for assistance. My son completed SHS in 2019 and I went to see Ambrose help us get Ghana Immigration Service and he refused and sacked me from his office.

A police officer who have sacrifice his job to campaign for NPP and my brothers in the NPP turn around to sabotage me after winning the elections. Now is time again and Ambrose is lobbying to get the interior minister again and this time I am also campaigning vigorously in the NPP platforms to make sure Ambrose doesn’t get the Interior again. The Ashantis knew and appreciated what I have done for the party to come to power and if an Ashanti man has put there the person he or she can help my people to get the security services”

The angry and disappointed ex-Police corporal further stated “But under Ambrose, I cannot even go to the interior ministry. I am informing this platform because politicians can do anything. Ambrose can plan to assassinate me and so if you heard that I have been murdered don’t think about anybody apart from Ambrose Dery who claims to love the Dagaabas and for that matter the Nandome. I come from Hamile Chief Palace and my mother from Nandom Pataal Woble- Dongwiir family. Proud owners of Nandom. I think this is what Ambrose is lacking he did not find out to know my family background. Ambrose’s father was a close friend to my father when he retired from the civil service in Bolga and came home to settle.

Ambrose’s father became the Chairman of the Hamile Catholic church when he came home. Ambrose comes from Kandemegawn, a village under Hamile but under the political division, Kandemegawn and Kokoligu are under the Nandom Constituency while Hamile under Lambussie. We go to the same church, the same market and we do everything together in Hamile. Anytime Ambrose’s father comes to town he will not go back to the village without seeing my father. Ambrose doesn’t know all these because he was born and bred outside. He only came home when President Kufour appointed him as an upper west regional minister and you know you can’t succeed in politics if you don’t have grounds in your hometown. I don’t want to reveal much about Ambrose only he doesn’t know who I am. Where Ambrose’s father came home to build his house and where Ambrose also built his house and live when he comes home, I used to send my grandfather cattle for grazing on that land. What Ambrose doesn’t know is even the people he eats together when he comes home are all my people.

So I know much about where he sleeps when he comes home than himself. I was born and bred at home, is Ghana Police which brought me outside from home after joining it in 2003. So am I not the person who could have helped Ambrose in his political career? Why do you choose to hate me? What offense have I committed against you? Ambrose’s mother died earlier and the father remarried from the Nandom chief palace. And who just died a few years ago and Ambrose came home and buried her as his mother. I can even tell you more about the family history of Ambrose’s biological mother but there is no need. As I said I am informing you because I know Ambrose will see me as a threat and plan evil about me. Taking a person’s life is not just anything to politicians. As of Ambrose’s personal history, I will not go there for now” he bitterly narrated.