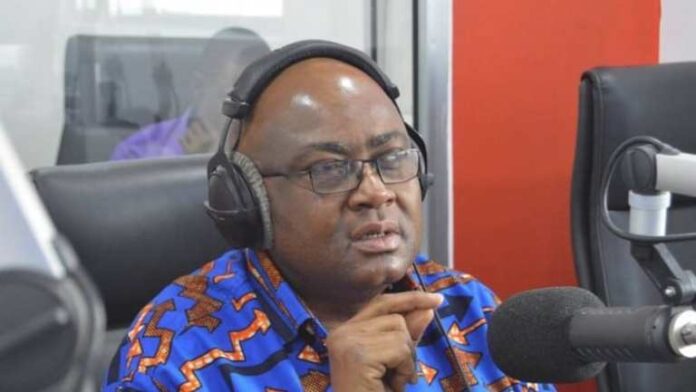 Managing Editor for the Daily dispatch news paper Ben Ephson has said if the NPP have any intention of winning 2024 their magic wand will be for President Akufo Addo to resign as President in 2023 and usher Bawumia in as President.

He added that if Dr.Bawumia is ushered in as President he will then have to chose Alan Kyeremanteng as his Vice President so to stop any form of contest they will have to go into in 2023.

Using the Npp’s 2008 primaries as example, the pollster believes the Alan-Bawumia contest if not handled properly could lead the Npp out of power like it happened to them in 2008.

He stated that, “There is the only one possibility for consensus building on a decision on who replaces Nana Addo Dankwa Akufo-Addo.
The President has to step down on health reasons for Dr. Mahamudu Bawumia to be sworn in as a President.
Then Bawumia will pick Alan Kyeremanteng his Vice. I think Alan Kyeremanteng will then support Bawumia during the party’s primaries”

The 63 year old pollster further added that; “Ashantis will not vote if Bawumia wins the primaries.
Also, if Kyeremanteng win, the people of the North will also not vote.
They will trigger the perception that NPP uses the North and dump them like they did to Alhaji Aliu Mahama,” he said on Accra-based Angel FM.