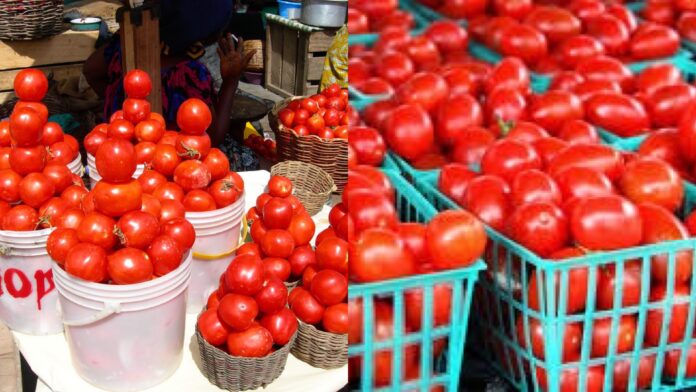 Following the recent attack on Tomato traders and a Petition filed to him, The Inspector-General of Police (IGP), Mr James Oppong-Boanuh, has promised to provide police escorts for members of the Ghana National Tomato Traders and Transporters Association to protect them against armed robbery attacks on the Kumasi-Bolgatanga-Burkina Faso highway.

This follows a petition presented to the IGP by the tomato importers and traders association of Ghana on the recurrent armed robbery attacks on its members.

While assuring them of protection as they go about their trade, He further called on members of the association to find alternative ways of sending money to Burkina-Faso instead of carrying huge amounts of money on them during their travels.

The group of tomatoes sellers had earlier threatened a strike action citing claims of what they described as horrifying moment anytime they travel to buy tomatoes in the neighboring Burkina Faso for Ghanaians to consume.

Despite the assurance by the IGP, the association indicated that its strike has not been called off.

According to the group, seven of its members have been robbed and shot in less than three weeks while returning from their business trips.