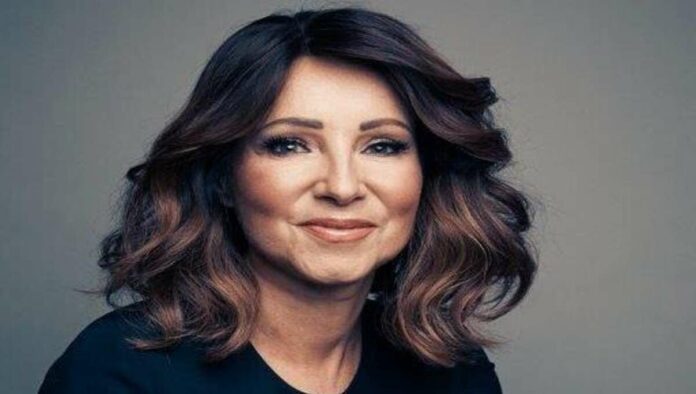 Read about Jacqueline Gold net worth, age, husband, children, height, family, parents, salary, and businesses as well as other information you need to know.

Jacqueline Gold is a British businesswoman who is the Chief Executive of Gold Group International, Ann Summers and Knickerbox. Gold is ranked to be the 16th richest woman in Great Britain.

Jacqueline Summers Gold CBE was born on July 16, 1960 (age 62 years) in Bromley, Kent, England, United Kingdom. She is the daughter of Beryl Hunt and businessman David Gold. Her father ran a publishing business that introduced sex magazines to the British high street. David apparently wept when Jacqueline was born to his first wife because he wanted a son. She and her sister grew up in a spacious three-story house with a large garden and a swimming pool at Biggin Hill, Kent.

She was the main participant in the second episode of the BBC Radio 4 series, The House I Grew Up In, in August 2007 in which she described an unhappy childhood. Her parents separated when she was twelve years old. In May 2007, Jacqueline and her younger sister Vanessa took part in the justgiving.com charity moonwalk in Hyde Park, London. In December 2010, a nanny working for Gold was charged with trying to poison her with screenwash.

The then 33-year-old Allison Cox who had been caring for Gold’s daughter, Scarlett, was charged with three counts of administering poison with intent to annoy. In March 2011, Cox was jailed for twelve months after admitting to administering poison with intent to annoy. Guildford Crown Court heard Cox was trying to get the chef who prepared the food into trouble by lacing two bowls of asparagus soup with screenwash on 5 October 2010.

Jacqueline Gold began working for Royal Doulton after school but decided she did not want to go into management and asked her father to help her gain some extra work experience. Having acquired the four stores of the Ann Summers chain in 1972, her father gave Jacqueline, at the age of nineteen, summer work experience in May 1979; Jacqueline was paid £45 a week, less than the tea lady.

Check Out: David Sullivan net worth

Jacqueline also didn’t like the atmosphere at Ann Summers, which was David Gold’s “upmarket clean” sex shop. Gold says of her introduction: “It wasn’t a very nice atmosphere to work in. It was all men, it was the sex industry as we all perceive it to be”. But, a chance invitation and visit to a Tupperware party at an East London flat in 1981 as she saw the potential of selling sexy lingerie and sex toys to women in the privacy of their own homes.

She launched the Ann Summers Party Plan, a home marketing plan for sex toys, with a strict “no men allowed” policy. This type of party, which provides women with a forum to meet and talk about sex (and other matters), became so popular that such parties are now regarded as part of British popular culture; this format also provides the company with a convenient way of circumventing legal restrictions about displaying sex toys for sale.

Jacqueline Gold was appointed CEO of Ann Summers in 1987, transforming it into a multi-million-pound business, with a sales force today comprising more than 7,500 women party organizers, 136 high street shops in the UK, Ireland, and the Channel Islands, and generating an annual turnover of £117 million in 2008 although sales and profits have fallen in recent years. The reported sales for the period 2006/2007 were down somewhat to £110 million. They have since fallen back to 2002/3 levels. The takeover of Knickerbox in 2000 added another five shops, with Knickerbox concessions in every Ann Summers store.

Her autobiography Good Vibrations was published in 1995. A second book A Woman’s Courage was published in April 2007, which resulted in her being sued for libel by a former employee. A Woman’s Courage was withdrawn from sale in November 2008 having been republished by Ebury on 7 February 2008 with three pages removed and re-titled Please Make it Stop. The High Court libel action was settled in August 2009 when the former employee was paid costs and substantial damages.

Jacqueline Gold is a columnist for Retail Week, New Business, Kent Business, and Women Mean Business. In March 2008, Gold appeared in a celebrity edition of The Apprentice. She was a member of “The Girls” team, alongside Kirstie Allsopp, Clare Balding, Louise Redknapp and Lisa Snowdon. “The Girls” won the contest raising over £400,000 from ticket sales and sales on the night through a big event at one of their West End stores.

Check Out: Karen Brady net worth

Gold has been the subject of several documentaries including Back to the Floor (which was filmed at a former business prior to its closure), Ann Summers Uncovered, So What Do You Do All Day, Break with the Boss, and co-presented the daytime business series Mind your own Business on BBC One. She has also appeared on the ITV1 show Fortune – Million Pound Giveaway, and in 2007, she was one of 12 well-known individuals to serve on a jury in a fictional rape case in the BBC TV project The Verdict.

How much is Jacqueline Gold worth? Jacqueline Gold net worth is estimated at around $900 million. Her main source of income is her primary work as a businesswoman. Jacqueline Gold’s salary per month and other career earnings are over $80 million dollars annually. Her remarkable achievements have earned her some luxurious lifestyles and some fancy car trips. She is one of the richest and most influential businesswomen in the United Kingdom. Jacqueline Gold stands at an appealing height of 1.71m and has a good body weight which suits her personality.