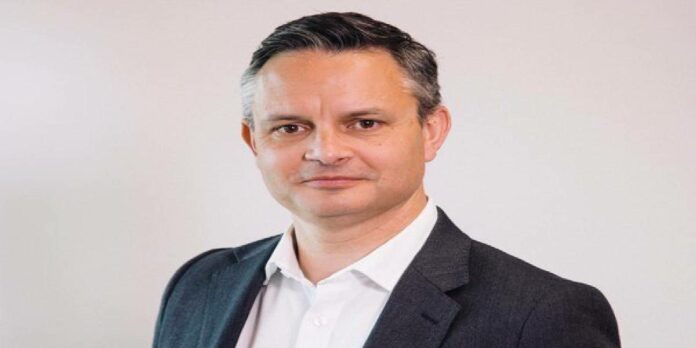 Read the complete write-up of James Shaw net worth, age, birthday, height, wife, children, politics as well as other information you need to Know.

In October 2017 the Green Party agreed to support a Labour-led government. Shaw became the Minister outside Cabinet for Statistics and Climate Change Issues, as well as holding the Associate Finance portfolio. Following the 2020 general election, the Greens agreed to cooperate with the Labour majority government, and Shaw was re-appointed as the Minister for Climate Change.

James Peter Edward Shaw was born on May 6, 1973 (age 48 years ) in Wellington, and was primarily raised by his single mother Cynthia Shaw. When he was twelve years old his mother entered into a relationship with fellow teacher Susanne Jungersen. Shaw credits his two mothers for instilling him with his passion for politics and social justice.

He attended Wellington High School (1985–1990) and Victoria University of Wellington. Shaw first tried his hand at politics in 1992 standing for the Wellington City Council on a Green ticket. He contested the Western Ward and came seventh out of ten candidates. He later moved to London, living there for 12 years, before returning to New Zealand in 2010. Shaw completed an MSc in sustainability and business leadership at the University of Bath School of Management in 2005.

Before returning to Wellington in 2010, Shaw worked in the consulting division at PricewaterhouseCoopers. Between 2011 and 2014, Shaw worked as both a consultant for HSBC bank on “environmental awareness programmes for future leaders” and also at Wellington social enterprise the Akina Foundation.

At age 19, Shaw stood in the 1992 local elections in Wellington’s Western ward. Three candidates were elected (including the present mayor Andy Foster), with Shaw coming seventh of ten candidates.

In the 2011 election, Shaw stood in the Wellington Central electorate, succeeding Sue Kedgley. He came third in the candidate vote after Labour and National, but second in the party vote, beating Labour into third place. He was 15th on the 2011 party list and the highest-placed candidate who did not make it into Parliament.

Shaw has said that in the 2011 Greens selection process, party members “didn’t have a lot of time to get to know me” and disregarded him as “an ex-PWC management consultant in a suit”. He says he has proved his worth to the party subsequently and was rewarded with a higher list ranking in the 2014 election. Shaw was one of two Green Party members with significantly increased draft list rankings in March 2014 (the other is Julie Anne Genter).

Bryce Edwards said in The New Zealand Herald that Shaw represented “the more environmentally-focused, non-left side of the [Green] party – what might be called the New Greens faction – people who are more at home in the business world wearing corporate attire than amongst the far left. … There will be many that see Shaw as a future co-leader of the party.”

Shaw was elected to Parliament in the 2014 general election on the Green Party-list. When Russel Norman announced his retirement from the co-leadership position, Shaw was one of the four candidates who ran to replace him. During the campaign, he said that as co-leader he would try and connect with “the 28 per cent of voters that considered voting Green last year and didn’t and remove all of the barriers that are currently stopping them voting Green”.

At the Green Party AGM on 30 May 2015, he received the highest number of votes and was elected male co-leader. Shaw won 54 per cent of the first preference votes, compared to Kevin Hague who won 44 per cent (the other two candidates both won 1 per cent).

The day after becoming co-leader, he called for a cross-party consensus on climate change and said there was room for the Greens and National to work together on the issue. He also said in his first major speech that he wanted the Green Party to be “more like modern New Zealand”, and expand its membership both in terms of numbers and to include a more diverse group of people.

Following the resignation of co-leader Metiria Turei due to the political fallout over her benefit and electoral fraud disclosures, James Shaw became the Green Party’s sole leader for the duration of the 2017 general election campaign. A female co-leader will be appointed after the Party’s AGM in 2018. As party leader, Shaw has called for calm in the wake of hostility among party members towards the media and the resignation of fellow Green Members of Parliament David Clendon and Kennedy Graham in protest of Turei’s initial refusal to resign. On 13 August, Shaw announced the Party’s new slogan “Love New Zealand” at a relaunch in Auckland.

During the Green Party’s climate change campaign launch in Auckland, Shaw announced that New Zealanders would get an annual dividend of $250 as part of a proposed Kiwi Climate Fund that would tax farmers for pollution and replace the current New Zealand Emissions Trading Scheme. Shaw also proposed a Zero Carbon Act with the goal of net-zero carbon emissions by 2050 and the establishment of an Independent Climate Change Commission.

Check Out: David Seymour net worth

During the 2017 election, the Green Party’s share of the party vote dropped to 6.3% with the Party retaining eight seats in Parliament. As the first on the Green party list, Shaw was re-elected. During coalition-forming negotiations, Shaw announced that the Greens would be pursuing a coalition with Labour and the socially conservative New Zealand First parties but ruled out cooperating with the National Party.

In October 2017, the Greens entered a confidence and supply arrangement with the Labour Party and New Zealand First which gives them three ministers outside the cabinet and one under-secretarial role. This marks the first time the Greens have been in government. Shaw assumed the ministerial portfolios for Climate Change and Statistics and Associate Minister of Finance.

As Minister for Statistics, Shaw received criticism from National MP Nick Smith for the low response rate during the 2018 New Zealand census. Shaw has attributed the lower response to a lack of Internet access, particularly among the older generation.

In April 2018, Shaw as Minister for Climate Change expressed support for the Government’s decision to end future gas and oil exploration, hailing it as the “nuclear-free moment of our generation.” He also reiterated the Green Party’s support for ending deep-sea oil and gas exploration, stating that “fossil fuels are not our future.”

According to figures released by the Department of Internal Affairs, Shaw was the government minister to spend the most on air travel fares in late 2018. Shaw spent NZ$77,771 on international air travel fares during the period between October and December 2018 while Prime Minister Jacinda Ardern spent NZ$54,487 during that same period. Shaw clarified that these air travel fares had been spent on attending multiple international climate change conferences.

On 14 March 2019, Shaw was assaulted while walking to Parliament, sustaining a black eye and lacerations to his face. The attack was condemned by politicians from all sides of the political spectrum. Police confirmed that a 47-year-old man was arrested and charged with injuring with intent to injure in relation to the incident.

During a press conference held the following day, Shaw expressed support for climate change school strikes held across the country calling for governments worldwide to take action on climate change. Shaw declined to give details about the assault, stating it was under police investigation.

On 8 May 2019, Shaw introduced the Climate Change Response (Zero-Carbon), Amendment Bill, into the New Zealand Parliament. The Bill subsequently passed its first reading on 22 May 2019.

In late August 2020, Shaw attracted criticism from the opposition National Party, school principals, teachers unions’ and members of his own Green Party after he approved the allocation of NZ$11.7 million from the Government’s $3 billion COVID-19 “shovel-ready” recovery fund to the private “Green School New Zealand” in Taranaki. This funding boost violated the Green Party’s own policy of opposing state funding being allocated to private schools.

Shaw had defended the decision, claiming it would have created 200 jobs and boosted the local economy. Former Green MPs Catherine Delahunty, Mojo Mathers and Sue Bradford criticised Shaw’s decision as a betrayal of the Green Party’s policies and principles.

According to Newshub, James Shaw refused to sign the Government’s NZ$3 billion “shovel-ready” infrastructure fund until the Green School in Taranaki was approved. On 1 September, Shaw apologised for approving the funding of the Green School, describing it as “an error of judgment.” Shaw has also apologised to Green Party members in a Zoom call. Representatives of the school have reportedly approached the Crown to convert part or all of the Government’s grant into a loan.

On 3 September, Education Minister Chris Hipkins disputed Shaw’s claim that he had given verbal approval to the allocation of NZ$11.7 million to the private Green School in Taranaki. On 2 November, it was reported that the owners of the Green School had reached a settlement for the Government’s NZ$11.7 million grant to be converted into a loan; a development that was welcomed by local principals.

During the 2020 New Zealand election that was held on 17 October, Shaw contested Wellington Central, coming third place behind Labour incumbent Grant Robertson and National candidate Nicola Willis. He was re-elected to Parliament on the party list.

Following prolonged negotiations between the Green and Labour parties which concluded in a “cooperation agreement” on 31 October, it was reported that Shaw would retain the Climate Change portfolio and become an Associate Minister for the Environment (with responsibility for biodiversity).

Check Out: Judith Collins net worth

At the 2021 party annual general meeting Shaw was challenged for the co-leadership by Dunedin climate activist and software developer, James Cockle. Cockle stated his unhappiness with the progress the Greens were making during the Parliamentary term and wanted the Greens to become a “major party” and cease being seen as “Labour’s little helper” as was the case under the current leadership. Shaw responded, stating he was “quietly confident” he would be re-elected by party members. Shaw was overwhelmingly re-elected, winning 116 delegate votes with just four to Cockle.

Shaw believes that the market can be reformed to incorporate sustainability within its normal operations. In an interview with the Aro Valley Valley Voice he put forward his views:

Shaw is one of the new breeds of Green MPs who have no problem with leader Russel Norman’s statement that the party is ‘pro-market. The fuss around that statement, he says, came from “people who are afraid of the word ‘market’ because of the switch to a free-market economy over the last 30 years” – people, in other words, who don’t understand that properly functioning markets can serve the wider good.

James Shaw is married to Annabel Shaw, they had their wedding in 2013. Shaw and his wife Annabel live in Aro Valley. However, on 5 June 2020, Shaw and fellow Co-Leader Marama Davidson described United States President Donald Trump as racist in response to a question fielded by press gallery journalists in response to the protests triggered by the murder of George Floyd in late May 2020.

How much is James Shaw worth? James Shaw net worth is estimated at around $5 million. His salary is around $350,000 and his main source of income is from his political career. He is one of the richest and influential politicians in New Zealand. However, in mid September 2021, Shaw attracted media attention after Prime Minister Ardern granted him and a team of nine diplomats spaces in the managed isolation and quarantine system to attend the upcoming 2021 United Nations Climate Change Conference summit in Glasgow. Shaw’s planned trip to the Climate Change conference was criticised by National Party leader Judith Collins and ACT Party leader David Seymour for denying places to homeward bound New Zealanders seeking places in managed isolation.