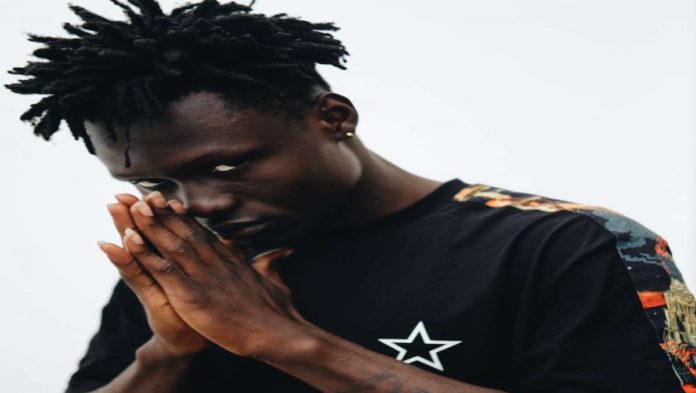 What is Jay Bahd net worth?

Jay Bahd is a Ghanaian rapper, songwriter, singer with a net worth of $50,000. His major source of income is generated from his music career. Jay Bahd is one of the young talented rappers in Ghana. He is best known to have produce the hit song “Condemn” which have gained over 1.6 million views in 6 months.

Jay Bahd who real name is Jackson Kwadwo Bawuah was born on June 21, 1999 in Kumasi, Ghana. He started rap music at a young age when he was rapping to friends for fun. After receiving many encouragements and compliments from friends and family members, Jay Bahd decided to pursue music as a career.

Jay Bahd was first featured on Yaw Tog song “Sore” which also features colleagues O’Kenneth, City Boy, and Reggie where he made his name felt by music lovers. After months of that feature, Jay Bahd went to release his own hit song titled “Condemn”. According to Jay Bahd, he was inspired by Late American Rapper Pop Smoke’s song Dior.

On 29th March 2021, Jay Bahd nude video was leaked on his twitter handle in which he was seen receiving “Blow Joow” from an unknown young lady. After receiving many criticism Jay Bahd took to his social handles and said “I only sex to release stress” which was a rap line from one of his songs.

How much is Jay Bahd Worth? Jay Bahd’s net worth is estimated at around $50,000. He is one of fast rising young rappers in Ghana. He recently released a hit song titled “You Can’t Show Me Nattin” which has gained over 54k views in 2 days on his YouTube channel with over 31.3k subcribers.

01/04/2021
Richmond Kwadwo Nti, a military recruit, was on Tuesday, arrested at Burma Camp for allegedly stealing a mobile phone of another recruit. The suspect was...

“Respect Hustler If You Are Fortunate In Life”— Ramsey Nuoah

08/03/2021
ABOUT US
Our Motive is to provide reliable, accurate and timely news to you. We're social, connect with us: The Urban and Rural at heart ❤️
Contact us: [email protected]
FOLLOW US
© Apumone 2021 All Rights Reserved
We use cookies to ensure that we give you the best experience on our website. If you continue to use this site we will assume that you are happy with it.Ok