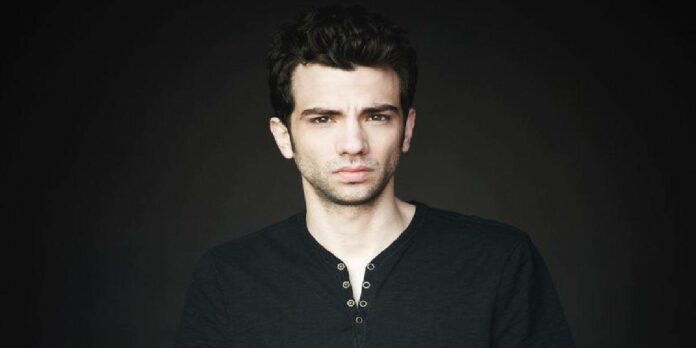 Jay Baruchel is a Canadian actor, director, stand-up comedian, and screenwriter. He is known for his voice role as Hiccup Haddock in the How to Train Your Dragon franchise, and for his roles in comedy movies such as Knocked Up, Tropic Thunder, The Trotsky, Fanboys, She’s Out of My League, Goon, This Is the End and the action-fantasy film The Sorcerer’s Apprentice.

Jonathan Adam Saunders Baruchel was born on April 9, 1982 (age 39 years) in Ottawa, Ontario, Canada. He is the son of Robyne Ropell Baruchel, a freelance writer, and Serge Baruchel, an antique dealer. He grew up in the Notre-Dame-de-Grâce neighbourhood of Montréal, Quebec, and has a younger sister Taylor Baruchel.

His father was born in Paris, France. Baruchel is of one-quarter Jewish descent, with the rest of his ancestry being French and Irish-Catholic. He has stated that he believes his Irish roots are from County Mayo.

Jay Baruchel got his first acting job when he was just 12. One of his first major acting roles was on the local television series My Hometown in 1996. From 1997 to 1998, he co-hosted Popular Mechanics for Kids with Elisha Cuthbert. After appearing briefly in Cameron Crowe’s Oscar-winning film Almost Famous, Baruchel won the role of Steven Karp on Judd Apatow’s acclaimed yet short-lived television series Undeclared, where he starred alongside Seth Rogen, Carla Gallo, Charlie Hunnam and Monica Keena. He then appeared with James Van Der Beek in Roger Avary’s The Rules of Attraction.

Baruchel played boxing hopeful Danger Barch in Clint Eastwood’s Million Dollar Baby in 2004. Baruchel then starred in Nemesis Game and Fetching Cody, before appearing opposite Don Johnson on the WB’s Just Legal in 2005, and guest-starring on the CBS drama Numb3rs in 2006.

He appeared in the films Knocked Up (which reunited him with Judd Apatow, Jason Segel, and Seth Rogen), I’m Reed Fish, Just Buried, and the Ben Stiller-directed Tropic Thunder, alongside Jack Black, Nick Nolte, Steve Coogan and Robert Downey Jr.

Baruchel co-starred with Seth Rogen in the 2007 trailer for Jay and Seth versus the Apocalypse, created by Rogen and Evan Goldberg as a strategy to garner interest and funding for a similar, larger-scale project (later made in 2013 as This Is the End). In 2008, he appeared in Nick and Norah’s Infinite Playlist. He also made a brief appearance in Night at the Museum 2: Battle of the Smithsonian.

Jay Baruchel starred in the films The Trotsky, DreamWorks’ She’s Out of My League (opposite Alice Eve), and the live-action Disney adaptation of The Sorcerer’s Apprentice in 2010. He also voiced the starring role in the acclaimed animated feature, How to Train Your Dragon, a role he has subsequently continued throughout the franchise, including its television series.

He also appeared in the 2010 Adidas Originals ad campaign, “Cantina”, in conjunction with the FIFA World Cup and in video clips for Canadian prog-rockers Rush’s 2012–13 Clockwork Angels tour.

In July 2012, he appeared in the music video for the song “Toxsik Waltz” by rapper Necro. In the summer of 2013, he starred in the hit apocalyptic comedy This Is the End and in 2014, he appeared in the RoboCop remake and reprised his role as Hiccup in How to Train Your Dragon 2.

In July 2014, it was announced that Baruchel would be starring in the FXX comedy Man Seeking Woman which premiered in January 2015. He also appeared in the 2015 music video for the song “Every Little Means Trust” by Idlewild.

Baruchel was also involved in writing the Chapterhouse comic book series Captain Canuck. He wrote, directed, and starred in the 2017 sports comedy film Goon: Last of the Enforcers, the sequel to the 2011 film Goon.

In 2018, he made his debut as an author, with Born Into It: A Fan’s Life, released on Harper Collins. The book explored his love of the Montreal Canadiens with anecdotes, childhood memories, and heartfelt tales about his life as a fan of the team. After How to Train Your Dragon: The Hidden World, 2019 saw Baruchel star in the Danish film The Kindness of Strangers and the Canadian horror film Random Acts of Violence, which was his second film as a director.

In 2021, Baruchel hosted the original audio podcast documentary series for Audible.ca, Highly Legal, that explored the political and economic history and aftermath of Canada’s legalization of marijuana.

Jay Baruchel is married to Rebecca-Jo Dunham, they had their wedding in 2019 in a private ceremony in Portugal. His wife is a model. However, Jay was engaged to actress Alison Pill from 2011 to 2013. He alluded to their break-up in a Twitter post on February 16, 2013. In May 2018, Baruchel announced his engagement to now-wife Rebecca-Jo Dunham. They were married on September 21, 2019, in Portugal. Baruchel has said that he is “probably agnostic”.

How much is Jay Baruchel worth? Jay Baruchel net worth is estimated at around $7 million. His main source of income is from his career as an actor, film director, screenwriter and comedian. Baruchel successful career has earned him some luxurious lifestyles and some fancy cars trips. He is one of the richest and influential actors in Canada. However, Baruchel has several tattoos: a Celtic cross (on his upper right arm) to honour his Irish heritage, and a red Maple Leaf on his left pectoral, which can be seen in Fanboys, Knocked Up, Tropic Thunder and This Is the End.