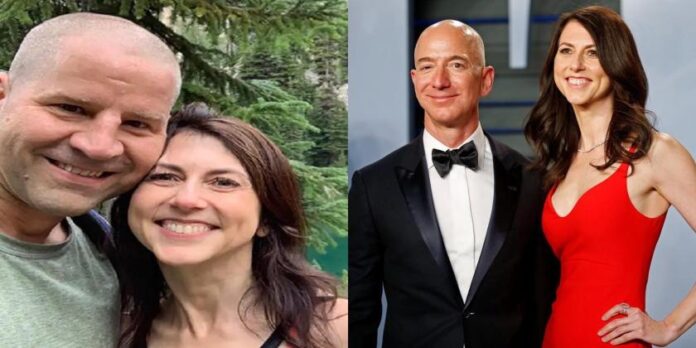 Mackenzie Scott, Who is the former wife of Jeffery Preston Bezos is reported to have married the school teacher of her kids two years after her famous divorce with Jeff Bezos.

Mackenzie Scott aged 50 whose worth is estimated $53 billion, divorced Jeff Bezos Amazon founder back in 2019 after 25 years of marriage.

Mackenzie has now married Dan Jewett, a science teacher at the private Seattle Lakeside School where her children she shares with Bezos attend.

The divorce settlement in 2019 made Miss Mackenzie Scott among the richest people on Earth, currently holding a $53 billion fortune according to Forbes after receiving a quarter of Bezos’ Amazon shares.