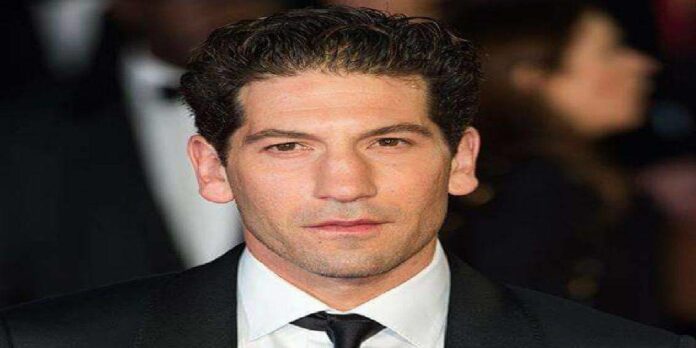 Jon Bernthal is an American actor. Beginning his career in the early 2000s, he came to prominence for portraying Shane Walsh on the AMC horror series The Walking Dead (2010–2012; 2018), where he was a starring cast member in the first two seasons.

Jonathan Edward Bernthal was born on September 20, 1976 (age 45 years) in Washington, D.C. His parents are Joan Lurie Marx and Eric Lawrence “Rick” Bernthal, a former lawyer with Latham & Watkins LLP and chair of the board of directors for the Humane Society until 2019. His paternal grandfather was musician and producer Murray Bernthal (1911–2010), whose father, Samuel, emigrated to New York from Sareth, Buchenland, Austrian Empire (today Siret, Romania).

He has two brothers: Nicholas, an orthopaedic surgeon and professor at UCLA, and Thomas, a consulting agency CEO who is engaged to billionaire and Facebook COO Sheryl Sandberg. His cousin was musician Adam Schlesinger, who died in April 2020 of complications from COVID-19 during the global pandemic of the virus.

Bernthal grew up in Cabin John, Maryland. He attended the Sidwell Friends School, graduating in 1995. He has often described his younger self as a “troublemaker”. After high school, he studied at Skidmore College in Saratoga Springs, New York, but dropped out. On the advice of his acting teacher, Alma Becker, he joined the Moscow Art Theatre in Russia. During his time there, he was a catcher for a Russian professional baseball team.

Jon Bernthal was discovered while at the Moscow Art Theatre by the executive director of Harvard University’s Institute for Advanced Theater Training at the American Repertory Theater in Cambridge, Massachusetts; he studied there as a graduate-level certificate student and completed his studies in 2002. After graduating he moved to New York City to pursue a career in theatre. He is a method actor.

Since 2002, Bernthal has performed in over 30 plays regionally and Off-Broadway, including many with his own award-winning theatre company, the now-defunct Fovea Floods. He also had small guest roles in television series such as Boston Legal, CSI: Miami and How I Met Your Mother.

Bernthal relocated to Los Angeles in 2006. He booked his first regular role on a television series with the CBS sitcom The Class; the show was cancelled after one season. After this, he had roles in films such as Day Zero, and Oliver Stone’s World Trade Center.

In 2009, Bernthal was a series regular on the ABC television series Eastwick, and starred alongside actress Jaime Ray Newman (his future co-star in The Punisher); Eastwick was cancelled after one season. In 2010, Bernthal portrayed Sgt. Manuel Rodriguez on the HBO miniseries The Pacific.

Bernthal found critical success portraying Shane Walsh in Frank Darabont’s The Walking Dead, based on the comic book series of the same name. He was a regular on the show until 2012 and was nominated for the Breakout Performance – Male Award at the 2011 Scream Awards. Bernthal reunited with Darabont for the TNT series Mob City, in which he portrayed LAPD Detective Joe Teague, a police officer working in a corrupt 1940s Los Angeles, which was cancelled after one season.

During this period Bernthal had supporting roles in the 2009 Ben Stiller comedy film Night at the Museum: Battle of the Smithsonian as mobster Al Capone and the 2010 Roman Polanski thriller The Ghost Writer. He also appeared in the 2011 Woody Harrelson feature Rampart and guest-starred in episodes of TV shows such as Numbers and Harry’s Law.

In 2011, Bernthal performed in the premiere of the dark comedy play Small Engine Repair. The play was critically acclaimed; critics praised Bernthal’s performance for his “energy and wit” and he was nominated for an Ovation Award. After its world premiere run Small Engine Repair was transferred Off-Broadway by MCC Theater with Bernthal signing on to reprise his role. However, filming commitments made Bernthal withdraw from the play and he was replaced by James Badge Dale.

In 2013, Bernthal had supporting roles in the crime drama film Snitch, and the sports comedy film Grudge Match Bernthal played Brad in the Martin Scorsese film The Wolf of Wall Street. He played southerner Grady “Coon-Ass” Travis in the 2014 World War II film Fury, with critics praising the cast of the film. In 2014, Bernthal took part in filming the movie Viena and the Fantomes, opposite Dakota Fanning and Evan Rachel Wood; the film was only released in 2020.

Jon Bernthal next appeared in Denis Villeneuve’s 2015 action drama film Sicario, which won numerous awards and received positive reviews from critics. The year 2015 also saw Bernthal in supporting roles in Me and Earl and the Dying Girl, winner of the US Grand Jury Prize for drama at the 2015 Sundance Film Festival, and We Are Your Friends.

During this time, Bernthal portrayed NAACP attorney Michael H. Sussman in the HBO miniseries Show Me a Hero. He also, alongside actor Viggo Mortensen, executive produced the play The Time of Our Lies – The Life and Times of Howard Zinn, directed by frequent theatre collaborator Josh Chambers. The Time of Our Lives was performed through the month of August 2014 at the Edinburgh Fringe Festival.

In June 2015, Marvel announced that Bernthal would portray Frank Castle / The Punisher in season two of Netflix’s superhero series Daredevil, which was released on March 18, 2016. While initially hesitant in joining a superhero franchise, Bernthal decided to take the role after admiring the performances of actors Charlie Cox (Matt Murdock / Daredevil) and Vincent D’Onofrio (Wilson Fisk) in the previous season of Daredevil.

Despite not initially being ordered by Netflix, the network spun off the character’s self-titled series The Punisher, released on November 17, 2017. His portrayal of the title character in season one was commended as a “truly remarkable and intense performance” for its emotional depth and “possibly the best grizzly antihero performance among all of Marvel’s Netflix series to date”. Bernthal likes to perform his own stunts on the show. On December 12, 2017, it was announced that the show had been renewed for season two by Netflix, which was released on January 18, 2019. A month later, the show was cancelled.

In 2017, he co-starred in Sicario writer Taylor Sheridan’s directorial debut Wind River, which premiered at the 2017 Sundance Film Festival. He also appeared in significant roles in Edgar Wright’s Baby Driver as Griff and the prison drama Shot Caller. Additionally, Bernthal starred in the Irish action thriller film Pilgrimage. Set in 13th century Ireland, Bernthal plays The Mute in the film.

Due to the actor’s preference to stay in character on film sets, he chose not to speak to the cast or crew for the first few weeks of production. Bernthal was praised for his acting, with The Hollywood Reporter remarking that Bernthal “steals the film with his intense, nearly wordless performance… with his buff physicality and commanding presence filling the screen”.

On November 17, 2017, the initial season of The Punisher and the film Sweet Virginia were both released. In Sweet Virginia, Bernthal plays Sam, a gentle motel-owner with Parkinson’s disease; critics praised his performance. During the press tours at this time Bernthal’s interview on Jim Norton and Sam Roberts made news due to his description of Kevin Spacey (who had faced recent sexual assault charges) of making him uncomfortable on the set of Baby Driver.

Bernthal stated that he “lost all respect” for Spacey and that “[Spacey] was a bit of a bully.” In the same month, Bernthal was supposed to participate in the biographical 2018 film First Man but left the project due to his daughter’s illness.

In 2018, he appeared in Steve McQueen’s heist thriller Widows, and reprised his The Walking Dead role of Shane Walsh in the season 9 episode “What Comes After”. In 2019, he appeared in the independent adventure film The Peanut Butter Falcon, playing Shia LaBeouf’s character’s brother.

Jon Bernthal portrayed business magnate Lee Iacocca in a supporting role for James Mangold’s action biographical drama Ford v Ferrari. Production began in the summer of 2018 and the movie was released in November 2019. In Summer 2019, Bernthal filmed Those Who Wish Me Dead, a western film directed by Taylor Sheridan who previously wrote Sicario, which featured Bernthal. It was released in May 2021.

During the beginning of 2019, Bernthal reprised his role in the film version of Small Engine Repair, a play in which he originated the role of Terrance Swaino in 2011. The film will be released in September 2021. In January 2019, Bernthal joined the cast of The Many Saints of Newark, the prequel feature film of HBO’s The Sopranos, set to be released in October 2021.

Jon Bernthal and his brother Nicholas run the nonprofit organization Drops Fill Buckets, described as an “impact-driven, entrepreneurial approach to making a difference”.

Bernthal is also an advocate of pit bull ownership and is a spokesperson for the Animal Farm Foundation, which rescues and promotes the equal treatment of pit bulls. He has three pit bulls of his own who often accompany him to set; two of them, Boss and Venice, made appearances in his 2012 film Rampart.

Jon Bernthal is married to his longtime girlfriend trauma nurse Erin Angle, they had their wedding on September 25, 2010, in Potomac, Maryland. She is the niece of retired professional wrestler Kurt Angle. They were married to his acting teacher, Alma Becker. They have two sons, Henry (born August 2011) and Billy (born January 2013), and a daughter, Adeline (born February 2015). The family lives in Ojai, California.

How much is Jon Bernthal worth? Jon Bernthal net worth is estimated at around $12 million as of 2022. His main source of income is from his acting career. Jon Bernthal successful career has earned him some luxurious lifestyles and some fancy cars. However, in 2016, Bernthal co-starred in the Ben Affleck thriller The Accountant as Brax. He also was interviewed for the 2016 documentary Can’t Be Stopped about the Los Angeles graffiti crew of the same name.