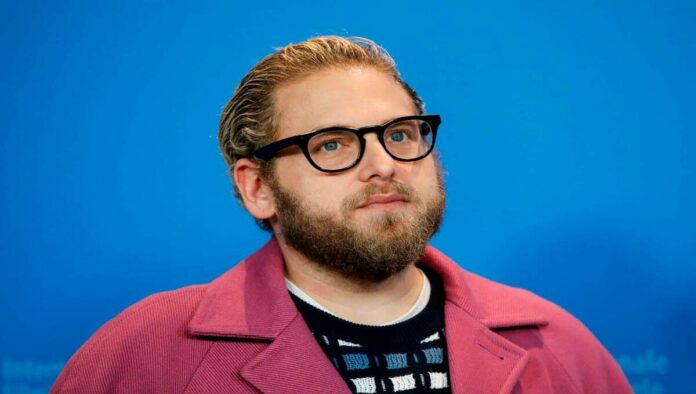 Hill ranked 28th on Forbes magazine’s list of highest-paid actors from June 2014 to June 2015, at $16 million. In 2020, he was found to have sworn on film more than any other actor. As a screenwriter, he contributed to the stories of 21 Jump Street, 22 Jump Street, Sausage Party and Why Him? In 2018, he starred in the Netflix dark comedy miniseries Maniac and made his directorial debut with the film Mid90s. He also wrote the screenplay for the Mid90s.

Jonah Hill Feldstein was born on December 20, 1983 (age 38 years) in Los Angeles, United States. He is the son of Sharon Lyn Chalkin, a costume designer and fashion stylist, and Richard Feldstein, a tour accountant for Guns N’ Roses. He has a younger sister, actress Beanie Feldstein (born 1993); their older brother, Jordan Feldstein (1977–2017), was a music manager for Robin Thicke and Maroon 5 until his sudden death at age 40 from a DVT/pulmonary embolism. Their parents were originally from Long Island, New York, and the family vacationed in the Catskill Mountains.

Hill and his siblings were raised in the wealthy Los Angeles neighborhood of Cheviot Hills, where he continues to reside, and attended the Center for Early Education, Brentwood School, and then Crossroads School, in Santa Monica. He worked at Hot Rod Skateboard Shop on Westwood Boulevard in Los Angeles. Hill is Jewish and he had a bar mitzvah ceremony. After graduating from high school in 2002, he attended The New School and the University of Colorado Boulder, but he did not earn a degree.

Jonah Hill began writing his own plays in college and performing them in the Black and White bar in the East Village neighborhood of New York City. His plays developed a small following and helped him realize that his true desire was to act in films. He was befriended by Dustin Hoffman’s children, Rebecca and Jake, who introduced him to their father. The elder Hoffman asked him to audition for a role in I Heart Huckabees, in which Hill made his film debut.

Hill then made a brief appearance in Judd Apatow’s directorial debut, The 40-Year-Old Virgin, which led to his appearing in the role of a virgin video game tester in the comedy Grandma’s Boy (2006), and roles in the comedies Accepted and Click, playing Adam Sandler’s character’s son in the latter. He had a larger supporting role in the Apatow-directed Knocked Up (2007). On television, he played the “RA Guy” on the first season of the Oxygen Network sitcom Campus Ladies, and guest-starred in an episode of Clark and Michael.

His first leading role was in the Apatow-produced comedy Superbad, where he appeared with Michael Cera, in roles based on the film’s writers, Seth Rogen and Evan Goldberg. It is often cited as the film that launched both actors’ careers. He followed it with an uncredited role as Dewey Cox’s grown-up brother Nate in Walk Hard: The Dewey Cox Story in December 2007. He hosted Saturday Night Live on March 15, 2008, featuring musical guest Mariah Carey.

He next starred in Judd Apatow’s third directorial feature, Funny People (2009) which also starred Adam Sandler, Eric Bana and Seth Rogen. He played Cooker in Fred Wolf’s Strange Wilderness. He was an associate producer of the 2009 Sacha Baron Cohen mockumentary Brüno. He guest-starred in The Simpsons episode “Pranks and Greens”, portraying an immature man named Andy Hamilton who was hailed the best prankster in Springfield Elementary School history.

In July 2011, Jonah Hill appeared at ESPN’s ESPY Awards sporting a much slimmer physique, stating he had lost 40 pounds (18 kg). In November 2011, along with Sam Worthington and Dwight Howard, he starred in commercials for the video game Call of Duty: Modern Warfare 3, making his first appearance with his new look. Also in 2011, he created the Fox animated series Allen Gregory with Andrew Mogel and Jarrad Paul. It received very negative reviews and was canceled by Fox on January 8, 2012.

Jonah Hill starred in Bennett Miller’s feature film Moneyball with Brad Pitt and Philip Seymour Hoffman in 2011. It garnered favorable reviews. Critics noted Hill’s performance as a departure from his usual comedy roles. He received a Golden Globe nomination for Best Performance by an Actor in a Supporting Role in a Motion Picture; and in late January 2012, received his first Oscar nomination for Best Actor in a Supporting Role for the role.

Hill co-starred with Channing Tatum in the film 21 Jump Street in 2012. It received an 84% rating on Rotten Tomatoes. Later that year, Hill starred in the film The Watch with Ben Stiller and Vince Vaughn. In 2011, it was announced that Jonah Hill was in talks to appear in Quentin Tarantino’s film Django Unchained. Citing a possible conflict with his commitment to The Watch, Hill lamented that to act in a Tarantino movie was “the perfect next step” in his career. He was able to join the Django Unchained cast in a minor role, and it was released in 2012.

He was invited to join the Academy of Motion Picture Arts and Sciences in June 2012. In 2013, Hill appeared in This Is the End as himself, and in the biographical film The Wolf of Wall Street, and received his second Academy Award nomination for his work on the latter. In an interview with Howard Stern on January 21, 2014, Hill said he had accepted SAG’s minimum wage of US$60,000 for Wolf of Wall Street.

Jonah Hill voiced the Green Lantern in the adventure comedy The Lego Movie in February 2014, which blends computer animation and live-action. He reprised his role as Morton Schmidt in 22 Jump Street (2014), the sequel to 21 Jump Street. His next performance was as Michael Finkel in the mystery thriller True Story (2015), with James Franco. In 2016, he played a surety agent for a production company in the Coen brothers’ period comedy Hail, Caesar! and starred alongside Miles Teller in the biographical crime war comedy-drama War Dogs (2016) playing arms dealer Efraim Diveroli.

In The Guardian, Wendy Ide wrote of his performance: “Jonah Hill is so repellent — all swagger, sweat and unapologetic sexism — in War Dogs, that for a while, you don’t immediately realize what a blitzkrieg of a performance he delivers.” That month, Hill also co-starred as a sausage named Carl in the adult computer-animated comedy film Sausage Party, with Seth Rogen, Kristen Wiig, Bill Hader, Michael Cera, and James Franco.

Jonah Hill starred with Joaquin Phoenix, Rooney Mara, and Jack Black in Don’t Worry, He Won’t Get Far on Foot directed by Gus Van Sant. He directed the music video for Danny Brown’s song “Ain’t It Funny” in 2017, featuring Van Sant. Hill made his directorial debut with a screenplay he wrote for the film Mid90s (2018) starring Sunny Suljic, Lucas Hedges, and Katherine Waterston. which premiered at the Toronto International Film Festival on September 9, 2018, and was positively received. It was theatrically released in the United States on October 19, 2018.

Hill starred as Owen Milgrim in the Netflix dark comedy miniseries Maniac alongside Emma Stone in 2018. In the October 2018 issue of Vanity Fair, he was named to the magazine’s best-dressed list. In 2019, Hill played Lewis, a heavily Southern-accented book agent, in the comedy The Beach Bum. On September 23, 2019, it was reported that Hill was in final negotiations to play the villain in Matt Reeves’s The Batman. However, an agreement was not reached and Hill eventually departed the project.

Check Out: Seth Rogen net worth

In 2020, Jonah Hill appeared alongside director Martin Scorsese in a commercial for Coca-Cola Energy, titled Show Up which aired during Super Bowl LIV. It was announced in October 2020 that Hill was cast in Adam McKay’s political comedy satire Don’t Look Up alongside Meryl Streep, Leonardo DiCaprio, Cate Blanchett, and Jennifer Lawrence. Streep said on The Late Show with Stephen Colbert that she would be playing the President of the United States, with Hill playing the role of her son and Chief of Staff.

The film is set around a global catastrophe and is described by Streep as a Dr. Strangelove type of satirical film and a “metaphor for global warming”. The film was filmed in Massachusetts during the COVID-19 pandemic and was released on Netflix in December 2021. In November 2021, Hill was cast as Jerry Garcia in the biopic feature of the Grateful Dead directed by Martin Scorsese. He will also produce the project under his Strong Baby banner along with Matt Dines.

Jonah Hill wanted to be a writer since he was young and dreamed of joining the writing teams of The Simpsons, Saturday Night Live, and The Larry Sanders Show. At one point, Hill was writing a screenplay with a close friend and I Heart Huckabee’s co-star Jason Schwartzman. He wrote Pure Imagination, a comedy for Sony about a man who develops an imaginary friend after a traumatic experience. Filming was expected to begin in 2008 but it has been in development since then.

Hill was a co-producer on the movie Brüno and did some writing for Sacha Baron Cohen, who “taught him how to become a better writer”. Hill co-wrote the treatment for the 2012 film 21 Jump Street with screenwriter Michael Bacall. Hill directed the music video for the Danny Brown song “Ain’t it Funny” from his Atrocity Exhibition album, and for Travis Scott’s song “Wake Up” from his album Astroworld. Hill wrote and directed (but did not appear in) the 2018 coming-of-age film Mid90s.

In July 2011, Jonah Hill appeared at the 2011 ESPN ESPY Awards having lost a significant amount of weight; he later said he had done so to seek more serious roles. He explained that he consulted with a trainer and a nutritionist, and had changed his diet to mainly sushi. He is also known to train Brazilian jiu-jitsu and described it as “humbling”.

In 2016, Architectural Digest reported that Jonah Hill bought a four-bedroom loft in the Noho neighborhood of Manhattan in New York City. In October 2021, Hill asked fans to stop making comments about his physical appearance stating: “I know you mean well but I kindly ask that you not comment on my body, good or bad I want to politely let you know it’s not helpful and doesn’t feel good. Much respect.”

Jonah Hill is not married as of mid-2022. His wife is unknown to the general public. However, in October 2019, Hill and his ex-girlfriend, Gianna Santos were engaged but they ended the engagement in October 2020. Hill says: “TM (Transcendental Meditation) along with surfing, I’d say that those two things have changed my happiness level and my ability to cope with stress, anxiety and depression. Those two things in tandem have really helped.” He has no children from any previous relationships.

How much is Jonah Hill worth? Jonah Hill net worth is estimated at around $73 million. His main source of income is from his career as an actor, comedian, director, producer and screenwriter. Hill salary per movie and other career earnings are over $8 million annually. He is one of the richest and most influential actors in the United States. Hill stands at an appealing height of 1.75m and has a good body weight which suits his personality.