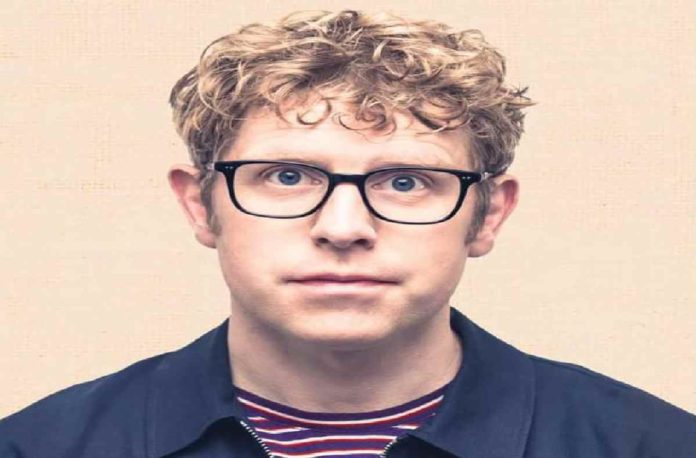 Josh Widdicombe is an English comedian and radio and television presenter, best known for his appearances on The Last Leg, Fighting Talk, Insert Name Here, Mock the Week and his BBC Three sitcom Josh. He also won the first series of Taskmaster in 2015 and the show’s first Champion of Champions special in 2017.

Josh Michael Widdicombe was born on April 8, 1983(age 38 years) in Hammersmith, London, and grew up in Haytor Vale, near Widecombe-in-the-Moor in Devon.

He then attended South Dartmoor Community College  and later studied sociology and linguistics at the University of Manchester. Before becoming a comedian, Widdicombe worked as a sports journalist, writing for The Guardian. He supports Plymouth Argyle F.C. He is a vegan.

His elder half-brother, Henry, is a comedy promoter and one of the founders of the Machynlleth Comedy Festival.

Widdicombe began performing live in 2008 and made it to the final of “So You Think You’re Funny” at the Edinburgh Festival Fringe during the same year. In 2009 he co-wrote and performed in the sketch show Superclump, and appeared with James Acaster and Nick Helm.

In 2010, Widdicombe worked as a contributor for the Dora the Explorer magazine, and in 2011 he performed his debut solo show “If This Show Saves One Life…” at the Edinburgh Festival Fringe, and was subsequently nominated for Best Newcomer by the Foster’s Edinburgh Comedy Awards and for the Malcolm Hardee “Act Most Likely to Win a Million Quid” Award.

In 2012, Widdicombe became a regular on Stand Up for the Week and in July he made his debut appearance on Mock the Week. He was also a main contributor to Channel 4’s daily alternative review of each day’s events at the London 2012 Summer Paralympics, The Last Leg with Adam Hills, alongside Adam Hills and Alex Brooker. He also appeared on The Last Leg of the Year, the end of year special of the show.

Widdicombe appeared on The Million Pound Drop with The Last Leg co-host Brooker in September 2012. The pair won £100,000 for their selected charities. His chosen charity was Scope. He has pectus excavatum, which he discovered after mentioning it to Christian Jessen on an episode of 8 Out of 10 Cats, is asthmatic and has severe hayfever.

Josh Widdicombe was a guest on the second series of Dara Ó Briain: School of Hard Sums with Marcus Brigstocke. Following this, he featured as a comedian on The Apprentice spin-off show, The Apprentice: You’re Fired!

In June 2013 he again appeared as a panellist on Mock the Week, featuring on several episodes of the show’s 12th series. In 2014 Widdicombe appeared again on Mock the Week and on QI and also made his debut on Have I Got News for You. Widdicombe won Celebrity Mastermind broadcast 31 December 2013 with a score of 24, on the specialist subject of his favourite band, Blur. His chosen charity was The Lily Foundation.

On 1 July 2014, the BBC announced Widdicombe would be joining its Radio 5 Live team from August 2014 as the new host of Fighting Talk along with Georgie Thompson. Both hosts announced on 10 August 2016 that they will not be returning to the show for series 14 in September due to their “increasingly busy schedules.”

In August 2014, Widdicombe starred in the BBC Three “Comedy Feeds” pilot Josh, which he co-wrote with comedian Tom Craine and which was directed by David Schneider. A full six-episode season of Josh, also directed by Schneider, ran on BBC Three from 11 November to 16 December 2015. BBC Three ordered a second full season of Josh; and third and final series followed in 2017.

In 2015, Widdicombe was a contestant on the first series of the Dave game show Taskmaster and won the series. For one of the tasks, Widdicombe got a tattoo of host Greg Davies’s name on his left foot. He then returned for a team task in series two where he was partnered with Richard Osman  and Jon Richardson.

Widdicombe hosted a weekly radio show on XFM (now Radio X) with Neil “Producer Neil” Fearn from February 2013 to July 2015, which was broadcast initially on Saturdays but which moved to Sundays in August 2014 coinciding with his new role as Fighting Talk presenter. The show regularly featured contributions from comedians James Acaster, Nish Kumar, Ivo Graham and several others along with occasional interjections and background laughter by XFM’s “Intern Charles”. The podcast of the show was named “iTunes Best New Audio Podcast” in 2013. The last edition of the show aired on 26 July 2015.

In December 2015, Widdicombe announced that he was a team captain on the BBC Two comedy panel show Insert Name Here, appearing alongside Richard Osman and host  Sue Perkins. The show aired in January 2016 and returned for two more series in January 2017/2018.

In December 2017, Widdicombe returned to Taskmaster for a two-part series alongside his fellow winners of previous seasons including Katherine Ryan, Bob Mortimer, Rob Beckett and  Noel Fielding to compete in the Taskmaster – Champion of Champions. He won the series.

Josh Widdicombe is married to his longtime girlfriend Rose Hanson, a TV producer, with whom he has a daughter born in October 2017, and a son born in May 2021. He claims ancestry from Sabine Baring-Gould.

How much is Josh Widdicombe worth? Josh Widdicombe net worth 2021 is estimated at around $2 million. His main source of income is from his primary career as a Comedian. He one of the richest in Comedians from London.
However, In 2020, Widdicombe started a parenting podcast with fellow comedian Rob Beckett, titled Lockdown Parenting Hell. In 2021 it was announced that Widdicombe had written a book: “Watching Neighbours Twice a Day… How 90’s TV (Almost) Prepared Me For Life”, which will be published in September 2021.