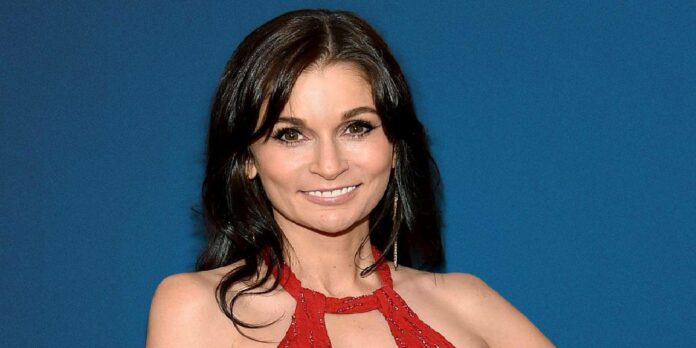 Julia Haart is an American fashion designer and entrepreneur. She is the CEO of Elite World Group, a company which she co-owns with her husband, Silvio Scaglia Haart. She previously owned a namesake shoe collection and was creative director at an Italian luxury house, La Perla. Haart is also the subject of the Netflix miniseries My Unorthodox Life, which described her decision in 2013 to leave her Haredi community.

Julia Haart was born on April 11, 1971 (age 51 years) in Moscow, Russia. She and her parents left Russia when she was 3, and moved to Austin, Texas. In Austin, she attended private school and was the school’s only Jewish student. When Haart was in fourth grade, they moved to Monsey, New York, which has a large Haredi community that appealed to her parents, as they grew more religious.

Haart attended Bais Yaakov Academy in Brooklyn, New York. At 16, she taught herself how to sew, and smuggled fashion magazines into her house. When she was 18, she changed her first name, “to the more Hebrew-sounding Talia, in order to attract a match”. At 19, she married her first husband, a yeshiva student, five years her senior. While living as a Haredi Jew in Atlanta throughout the 1990s and early 2000s, Haart became increasingly uncomfortable with her community. The treatment of her younger daughter, Miriam, bothered her in particular.

She also dealt with mental health issues, telling the Los Angeles Times in an interview that before leaving the community, she had contemplated suicide, but worried about how the stigma within the Haredi community would affect her children’s shidduch prospects. After leaving the community, she took on the name Julia Haart. The last name Haart is derived from her maiden name, Leibov, which is similar to Leiv, the Hebrew word for “heart”. While working at La Perla, she met her future husband Silvio Scaglia, who was the brand owner at the time. They wed in 2019.

Julia Haart worked throughout the 1990s and early 2000s as a Judaic Studies teacher at Yeshiva Atlanta; “staff who knew her at the time – when she went by the name Talia Hendler – recalled that she was beloved by students and known for her sharp style”. For years, Talia secretly sold life insurance.

After leaving the Haredi community in 2013, Haart founded a shoe company, Julia Haart, with the goal to make shoes that were both fashionable and comfortable. She partnered with a ski boot engineer and a German company that creates a gel used by NASA to create a comfortable high-heeled shoe. Her shoes were eventually sold in 17 countries.

In 2016, Haart collaborated with La Perla for their Spring and Fall 2016 accessory collections. The same year, she was named as the creative director for the brand. Following her appointment as Creative Director of La Perla, Haart launched a new approach to ready-to-wear for the company. At La Perla, Haart created the first stretch Leavers lace and launched a collection of ready-to-wear lingerie with built-in support. For her Fall/Winter 2017 fashion show, Haart constructed a “La Perla Manor” runway show, in which Naomi Campbell, Lindsey Wixson, Sasha Pivovarova and Kendall Jenner walked. Haart is known for her 2017 Met Gala dress designed for Kendall Jenner. The gown consisted of 85,000 crystals affixed to a single string.

Check Out: Julia Roberts net worth

Julia Haart became CEO and CCO of the talent media conglomerate Elite World Group in March 2019. Under Haart’s leadership, EWG has re-focused the brand and added new divisions. Elite World Group prioritizes assisting models to monetise their brands and business projects. Additionally, Haart is the creative director of e1972, a luxury fashion brand launched by Elite World. The collection received a lot of positive media attention, and was celebrated for its “innovation, inclusivity, and inspiring message of empowerment”.

Julia Haart is the subject of the Netflix series My Unorthodox Life, which premiered in July 2021. The docu-series follows the professional and personal life of Haart in her role as CEO of Elite World Group, author, mother and wife. The show has been received critically by many Jewish community members.

However, in a 2021 interview with The New York Times, she said that her daughter “just wouldn’t conform. They were doing to her what they had done to me — trying to push her down and mould her into that flat person that they could disappear. I couldn’t let that happen.”

Julia Haart is currently single, however, she has four children with her former husband, Yosef Hendler: Batsheva, Shlomo, Miriam, and Aron. Batsheva, who uses the last name Haart, is married to Binyamin “Benn” Weinstein and is a social media influencer. Miriam has also changed her last name to Haart. Aron, who is in high school, splits his time between his parents in Manhattan and Monsey, New York.

How much is Julia Haart worth? Julia Haart net worth is estimated at around $10 million. Her main source of income is from her fashion designing career, she has achieved a wealth of sales of over $500 million in her career. Haart Successful career has earned her some luxury lifestyles and some fancy cars. She is one of the richest and influential fashion designers in the United States.