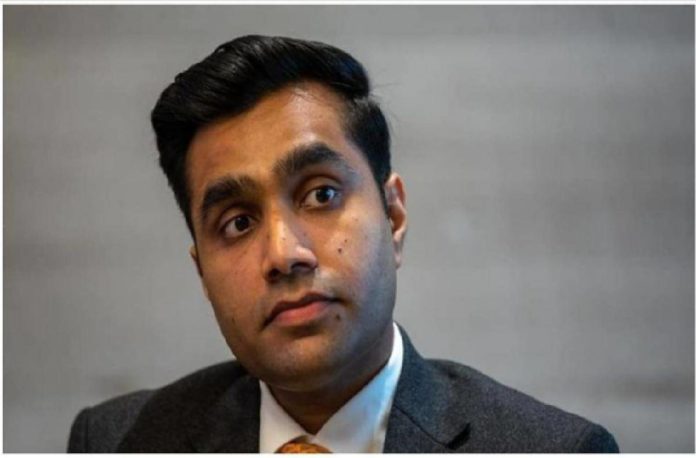 Read the complete write-up of Karan Adani net worth, age, height, family, wife, children, brother, businesses as well as other information you need to know.

Karan Adani is the Chief Executive Officer (CEO) of Adani Ports & SEZ Limited and the director of Adani Airport Holdings Limited. His brother is Jeet Adani. However, In 2008, Karan was included in the list called “Tycoons of Tomorrow” by Forbes India.

Karan Gautam Adani was born on April 7, 1987 (age 34 years) in the state of Gujarat, to his father Gautam Adani, an Indian industrialist.

In 2009, he graduated from Purdue University in General Management Studies.

In 2018, he led an acquisition campaign for Kattupalli port in Tamil Nadu (about 30 km from Chennai Port and adjoining the Ennore Port). The port was acquired from Larsen and Tubro and making it 10th port in APSEZ network.

In 2014, on behalf of Adani Ports & SEZ Limited, he received The Economic Times Award under the Category: Emerging Company of the year.

Karan Adani is married to Paridhi Shroff, they had their wedding in 2013. His wife Paridhi is the daughter of Cyril Shroff who is the owner of law firm, Amarchand & Mangaldas & Suresh A Shroff & Co. In July 2016, the couple welcomed their first baby a girl.

How much is Karan Adani worth? Karan Adani’s net worth is estimated at $1.2 billion which is approximately INR 87.8 billion (Indian rupees) as of 2021. His main source of income is from his father businesses he heads.

What to know before opening a domiciliary account in Ghana

06/03/2021
ABOUT US
Our Motive is to provide reliable, accurate and timely news to you. We're social, connect with us: The Urban and Rural at heart ❤️
Contact us: [email protected]
FOLLOW US
© Apumone 2021 All Rights Reserved
We use cookies to ensure that we give you the best experience on our website. If you continue to use this site we will assume that you are happy with it.Ok