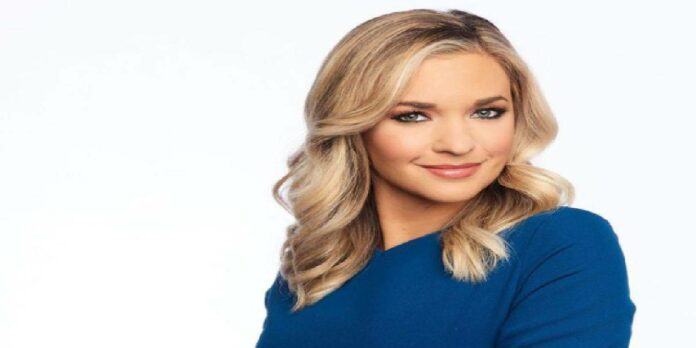 Read the complete write-up of Katie Pavlich net worth, age, height, family, husband, dog as well as other information you need to know.

Katie Pavlich is an American conservative commentator, author, blogger, and podcaster. She became famous for her role as a co-host of the Fox News talk show “The Five”.

Catherine Merri “Katie” Pavlich was born on July 10, 1988 (age 33 years) in Arizona to a family of Croatian and German descent. She grew up in the mountainous areas of northern Arizona, where she developed interests in outdoor activities such as river rafting and hunting. Pavlich graduated from Sinagua High School in Flagstaff, where she played volleyball and basketball.

In 2010, Pavlich earned a bachelor of arts degree in broadcast journalism from the University of Arizona. As an adult woman with eligible ancestry, she became a member of the Daughters of the American Revolution.

Pavlich moved to Washington D.C. and became news editor for Townhall.com, a contributing editor to Townhall Magazine, and a Fox News contributor. In the summer of 2013, she became an alternate co-host for The Five, a panel talk show on the Fox News Channel.

She is also a National Review Washington Fellow. Pavlich has appeared on many national and local radio shows on channels including Fox News, CNN, MSNBC, CNBC, and Fox Business. Starting in 2018, she co-hosted the podcast “Everything’s Going to Be All Right” with former White House Press Secretary Sean Spicer.

The Conservative Political Action Conference (CPAC) named her 2013 Blogger of the Year. The Clare Boothe Luce Policy Institute gave her the 2014 Woman of the Year Award and the 2013 Conservative Leadership Award.

She authored the books Fast and Furious: Barack Obama’s Bloodiest Scandal and Its Shameless Cover-Up (2012) and Assault & Flattery: The Truth About the Left and Their War on Women (2014).

On March 19, 2019, broadcast of the Fox News show Outnumbered, Pavlich said that America was the first country to end slavery within 150 years, and receives no credit for it. The remark was disputed by Latin American countries that outlawed slavery earlier and quicker than the U.S. such as El Salvador, Mexico, Chile, Argentina and Venezuela.

She later said she had misspoken, meaning to say that America was “one of” the first countries to end slavery within 150 years “from the point of its founding.”

Katie Pavlich is married to Gavy Friedson, they had their wedding in 2017. Her husband is the current Director of International Emergency Management and also the Global Ambassador of the Jerusalem based medical firm “United Hatzalah” in Israel.

How much is Katie Pavlich worth? Katie Pavlich net worth is estimated at around $6 million. Her main source of income is from her media worker and brand ambassador works. She is regarded as one of the influential media personalities in North Arizona.