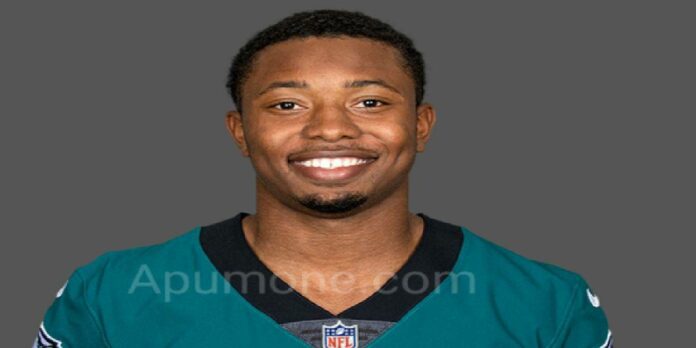 Read the write-up of Kenneth Gainwell net worth, age, height, parents, girlfriend, college, draft as well as other information you need to know.

Kenneth Gainwell is an American football running back for the Philadelphia Eagles of the National Football League (NFL) He played college football for Memphis.

Kenneth Gainwell was born on March 14, 1999 (age 22 years) in Yazoo City, Mississippi, United States. His mother is Monica Gainwell. He attended Yazoo County High School. Gainwell’s younger brother, Kory, played defensive back and running back at Yazoo County and is committed to playing at Memphis. Gainwell is the cousin of fellow Eagles player Fletcher Cox.

He was a three-year starter at quarterback for the Panthers. As a junior, he passed for 1,184 yards and nine touchdowns and rushed for 1,292 yards and 20 touchdowns. During the summer going into his senior season, Gainwell committed to play college football at Memphis over offers from Ole Miss and Tulane.

As a senior, Kenneth Gainwell passed for 1,139 yards and 10 touchdowns and ran for 1,834 yards and 32 touchdowns. Gainwell was named Class 3A Mr Football as he led the Panthers to a 14–1 record and an appearance in the Class 3A state championship game. Gainwell finished his high school career with 3,682 yards passing and 32 passing touchdowns and 4,730 rushing yards and 75 rushing touchdowns with one kickoff returned for a touchdown.

Kenneth Gainwell moved to run back during summer training camp and played in four games as a true freshman before deciding to redshirt the rest of the season. He finished the season with four carries for 91 yards and a touchdown, a 73-yard run, and six receptions for 52 yards.

As a redshirt freshman, Gainwell was named the Tigers’ starting running back following the departure of Tony Pollard. He was named the co-American Athletic Conference (AAC) player of the week after rushing for 104 yards and a touchdown and gaining 204 yards and scoring two touchdowns on nine receptions on October 19, 2019, in a 47–17 win over Tulane.

Check Out: Khalil Herbert net worth

He rushed for 1,459 yards with 13 touchdowns on 231 carries and caught 51 passes for 610 yards and three touchdowns and was named the AAC Freshman of the Year and first-team All-AAC. He was named a second-team All-American by the Sporting News and the American Football Coaches Association and the National Freshman of the Year by the Football Writers Association of America.

Gainwell opted out of his final college season six days before the season opener after multiple family members died from COVID-19.

Kenneth Gainwell was selected in the 5th round (150th overall) by the Philadelphia Eagles in the 2021 NFL Draft. He signed his four-year rookie contract with Philadelphia on June 3, 2021.

Wife: Kenneth Gainwell is currently single and not married. He is in a private relationship.