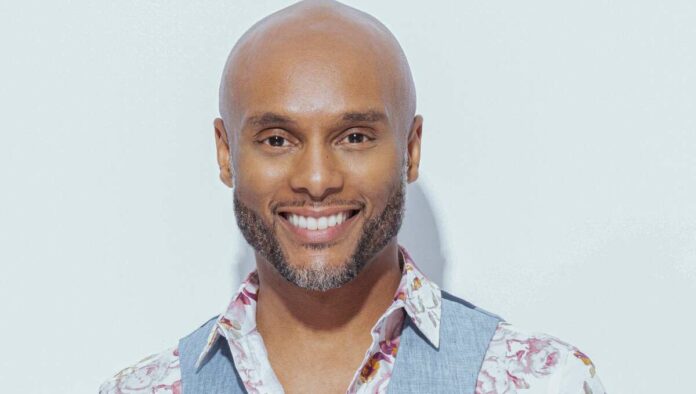 Kenny Lattimore is an American professional R&B singer. In late 1994, Lattimore signed with Columbia Records and released his own debut album Kenny Lattimore in 1996. The album included a pair of Top 20 hits: “Never Too Busy” and the Grammy-nominated “For You”, written by high school friend Kenny Lerum. The album also earned Lattimore a win for Best New Artist at the NAACP Image Awards in 1996, and eventually achieved Gold sales status.

Kenny Lattimore’s spell as a backup vocalist for the R&B group Maniquin led to an official place in the group as the front singer. D’Extra Wiley of the 1990s R&B group II D Extreme was also a member of the Maniquin band, shortly before signing with MCA Records.

Lattimore and the group released a lone self-titled album for Epic Records in 1989. Its lead single “I Wanna Ride” was an answer to the hit single “Mercedes Boy” by Pebbles in both sound and lyric. Both artists’ singles were produced and co-written by Charlie Wilson of Gap Band fame.

He broke up with Maniquin to pursue a solo career, and the group subsequently disbanded. He followed up his debut with From the Soul of Man, another critically acclaimed set of classically styled soul music in 1998, yielding the hits “Days Like This” and “If I Lose My Woman” along with a standout cover of The Beatles’ “While My Guitar Gently Weeps”.

Kenny Lattimore resurfaced after a brief break from music on Arista Records when then-president Clive Davis signed him to a new contract. He eventually released a more contemporary R&B album, 2001’s Weekend under L.A. Reid’s regime, as Davis was only allowed to take a small defined number of artists to his next venture, J Records.

The title track and first single was anchored by a sample of Blondie’s “Rapture” and became a radio favorite on both sides of the Atlantic. Davis may have had a different vision for his career, but he ended up recording three albums for Arista Records as Reid also had a vision that included a modern-day version of a classic soul duo with his new bride, the Gold-level artist Chante Moore whom he recorded two duet albums that were both critically and commercially acclaimed.

In keeping with the “lover man” image that came to the fore with the hits that launched his career, Lattimore is known for his dramatic stage shows, vocal agility and romantic ambiance. The New York Times called him a “modern soul man” on stage. The singer has long established in interviews his personal mission to show the “strong, but sensitive and caring side of Black men.”

Kenny Lattimore and his then-wife Chante Moore released a duet album in 20003 entitled Things That Lovers Do consist of classic soul songs from the 1970s and 1980s plus two new original songs. The standout singles were the smooth and contemporary “Loveable (From Your Head to Your Toes)” and a cover of René & Angela’s “You Don’t Have To Cry”.

Lattimore and Moore continued promoting the album with a successful touring stage show. Following Things That Lovers Do, Lattimore released another collaborative album with Moore. The duo released their second collaborative album entitled Uncovered/Covered (2006). The album peaked at number ten on the Billboard R&B Charts and number two on the Billboard Gospel charts. The duo’s cover version of “You’re All I Need to Get By” served as the theme song for the BET reality series The Family Crews.

In 2008, Kenny Lattimore released a cover album with Verve Records entitled Timeless on September 9, 2008. The lead single “You Are My Starship” was originally performed by Norman Connor featuring Michael Henderson. Lattimore was also featured on the uptempo dance song “Another Love” by Brian Culbertson.

He began his own record company SincereSoul Records in 2012. He released his album Back 2 Cool on January 22, 2013. The album’s first single “Find a Way” produced by Ivan “Orthodox” Barias & Carvin “Ransum” Higgins hit radio on Valentine’s Day 2012. The second single “Back 2 Cool” featured Kelly Price.

Kenny Lattimore is currently married to Faith Jenkins, they had their wedding on March 8, 2020. His wife is a judge and media personality. In the second quarter of 2022, the couple was expecting their first child. However, Lattimore was married to his first wife Chanté Moore from January 2002 until divorcing in July 2011. They held their marriage ceremony in Jamaica and they have a son Kenny Lattimore Jr.

How much is Kenny Lattimore worth? Kenny Lattimore net worth is estimated at around $2 million. His main source of income is from his primary work as a singer. Kenny Lattimore’s salary per month and other career earnings are over $400,000 dollars annually. His remarkable achievements have earned him some luxurious lifestyles and some fancy car trips. He is one of the richest and most influential R&B singers in the US. Lattimore stands at an appealing height of 1.75m and has a good body weight which suits his personality.