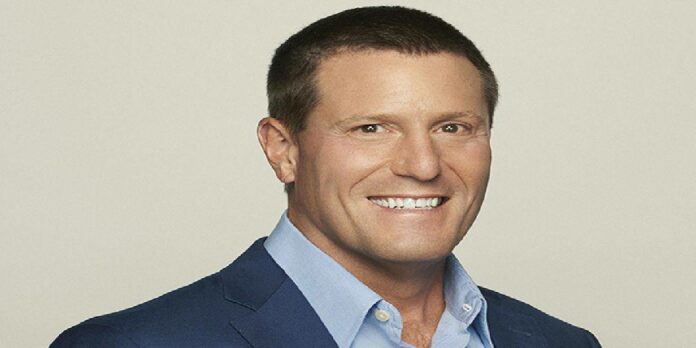 Read the complete write-up of Kevin A. Mayer net worth, age, wife, girlfriend, height, children, family, parents, salary, business as well as other information you need to know.

Kevin A. Mayer is an American business executive who is the chairman of DAZN Group. He also serves as co-chairman and co-CEO of Forest Road Acquisition Corp II and as a senior advisor to Forest Road Acquisition Corp. He was CEO of TikTok and COO of its parent company ByteDance Ltd in 2020. Mayer is the former Chairman of the Direct-to-Consumer & International division of The Walt Disney Company.

He was previously the senior executive vice president and chief strategy officer of Disney where he led their acquisitions of Pixar, Marvel Entertainment, BamTech, Lucasfilm, and 21st Century Fox. He also directed the divestitures of Miramax and ABC Radio.

Kevin A. Mayer began working at The Walt Disney Company handling strategy and business development for Disney’s Interactive/Internet and television businesses worldwide in 1993. He was later promoted to head the Disney Internet group as executive vice president.

Mayer was then named Chief Executive Officer of Playboy.com, the digital subsidiary of Chicago’s Playboy Enterprises in February 2000.

In September 2000, Mayer left Playboy and was appointed Chairman and Chief Executive Officer of Clear Channel Interactive, a division of Clear Channel Worldwide. He served in that position until December 2001. He joined L.E.K. Consulting as a partner and head of the global media and entertainment practice in February 2002.

He rejoined The Walt Disney Company as Executive Vice President, Corporate Strategy, Business Development, and Technology in June 2005, then was designated in October 2005 as an executive officer.

Kevin A. Mayer was involved with the purchases of BamTech Media, Pixar, Marvel Entertainment, Lucasfilm, Club Penguin and Maker Studios, as well as its agreement reached in December 2017 to acquire most of the 21st Century Fox assets. In 2010, he arranged the sale of Miramax to Filmyard Holdings.

In March of 2018, Mayer was named chairman of Walt Disney Direct-to-Consumer & International, a new segment division, to head Disney’s global streaming business, ad sales and distribution and the media and studio operations of the company. Mayer led the successful launches of Disney+ in 2019 and ESPN+ in 2018 and led Hulu after Disney acquired majority ownership in 2019.

In May of 2020, Mayer resigned from The Walt Disney Company to become COO of Chinese internet technology company ByteDance Ltd and CEO of its popular social media app TikTok. On August 26, Mayer announced that he would step down from both roles and leave ByteDance altogether, three months after taking the position.

His decision was reported by the New York Times as due to the sharp changes in the political environment in which ByteDance was ordered to sell its U.S. operations by the Donald Trump administration, effectively eliminating the role Mayer had accepted, though the “imminent” sale was subsequently halted by the Chinese government, and White House attention to it waned.

In October 2020, he and Tom Staggs, also formerly of Disney, led the founding of Special Purpose Acquisition Company (SPAC) Forest Road Acquisition Corp. The company began public trading on November 25, 2020 (NYSE: FRX), having raised over $300 million in the capital, and having been joined by Shaquille O’Neal, Mark Burg, Martin Luther King III, and others. In February 2021, Forest Road Acquisition Corp. entered a 2.9 billion agreement to merge with Beachbody and Myx Fitness Holdings.

On February 18, 2021, the company filed for an IPO for a second SPAC, Forest Road Acquisition Corp II (NYSE: FRXB), of which Mayer and Staggs will be co-chairs and co-CEOs. The new consumer-facing technology, media and telecommunications SPAC raised $350 million during its IPO.

In November 2020, Kevin A. Mayer joined Access Industries as a senior advisor. In March 2021, he was named chairman of the board of directors of its subsidiary DAZN Group, the parent company of DAZN, a global sports streaming platform most active in European and Asian markets. On November 3, 2021, he became a consultant of Discovery’s streaming services.

Lisa Arning Mayer is a real estate investor according to her LinkedIn page and is also an actress having appeared on Hollywood Homicide (2003), The Medicine Show (2001) and CSI: Miami (2002).

Kevin A. Mayer net worth

How much is Kevin A. Mayer worth? Kevin A. Mayer net worth is estimated at around $80 million. His main source of income is from his career as a business executive and entrepreneur. Mayer successful career has earned him some luxurious lifestyles and some fancy cars. He is one of the richest and influential CEOs in the United States.