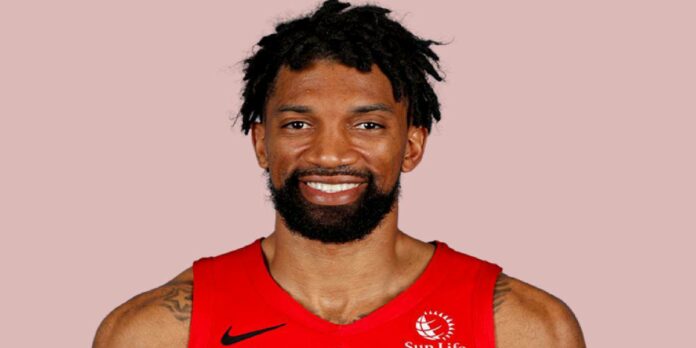 Khem Birch is a Canadian professional basketball player who plays for the Toronto Raptors of the National Basketball Association (NBA). He played college basketball for the Pittsburgh Panthers and the UNLV Runnin’ Rebels.

Khem Xavier Birch was born on September 28, 1992 (age 29 years) in Montreal, Canada. His parents are Wendy Sparks Birch and Dervinent Birch and have three brothers. He later attended high school at St. Thomas Aquinas Catholic High School in Russell, Ontario. Birch grew up a fan of the Toronto Raptors, watching their games on television and even driving five hours with his father to Toronto to watch a live game at the Air Canada Centre.

He played varsity basketball for St. Thomas Aquinas Catholic High School in Russell, Ontario before playing out the remainder of his high school career at The Winchendon School in Winchendon, Massachusetts & Notre Dame Prep in Fitchburg, Massachusetts.

In 2011–12, Khem Birch played college basketball at the University of Pittsburgh, with the Pittsburgh Panthers. He then, in 2012, transferred to UNLV, where he played with the UNLV Runnin’ Rebels. As a junior, in the 2013–14 season, he averaged 10.2 rebounds per game, which was the third-highest in the Mountain West Conference, while also averaging 3.8 blocks per game, which was the second-highest in the Mountain West Conference. During his college career, he averaged 8.9 points, 7.8 rebounds, 0.8 assists in 25.4 minutes per game in 69 games.

In April 2014, he entered the NBA draft, forgoing his final year of college eligibility.

After going undrafted in the 2014 NBA draft, Khem Birch joined the Washington Wizards for the 2014 NBA Summer League. On September 14, 2014, he signed with his first NBA team, the Miami Heat. However, he was later waived by the Heat on October 25, 2014. On November 3, 2014, he was acquired by the Sioux Falls Skyforce, as an affiliate player.

Check Out: Scottie Barnes net worth

Khem Birch ties his career-high again with 14 points, six rebounds, one assist, two steals and two blocks in a 112–96 win against the Cleveland Cavaliers on April 26, 2021. The next day, Birch had his first double-double with the Raptors, getting 13 points and 14 rebounds, nine of which were offensive rebounds, in a 116–103 loss against the Brooklyn Nets. On April 29, 2021, Birch scored a career-high 20 points, making a career-high two three-pointers while adding nine rebounds, four assists, two steals and a block in a 121–111 loss to the Denver Nuggets.

Khem Birch is married to his longtime girlfriend Elina Zoi, they had their wedding in the 2000s. His wife Elina is a lawyer by profession. Khem and his wife Elina Birch have a daughter Ariadne Sophia Birch. The couple resides partly in the US and Canada.

How much is Khem Birch worth? Khem Birch net worth is estimated at around $10 million. His salary is around $3 million and his main source of income is from his career as a basketball player. Birch successful career has earned him some luxurious lifestyles and some fancy cars. Khem Birch is one of the richest and influential basketball players in Canada.

25/10/2021
ABOUT US
Our Motive is to provide reliable, accurate and informative news to you. The Urban and Rural at heart ❤️
Contact us: [email protected]
FOLLOW US
© Apumone 2022 All Rights Reserved