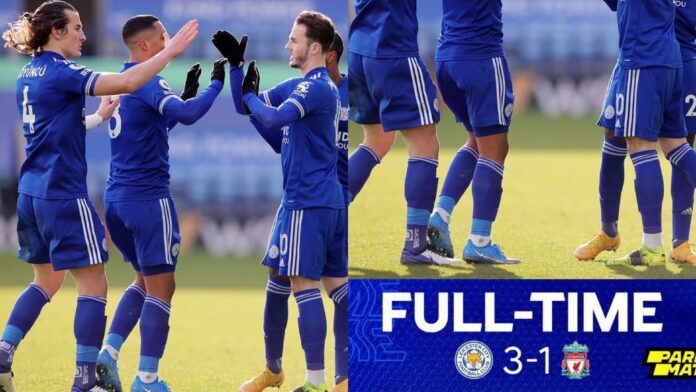 Jurgen Klopp and his Liverpool side were subjected to yet another humiliating defeat at King Power Stadium; the home grounds of Leicester city in the English Topflight.

It was a balanced game in first half but things took a dramatic change with James Maddison scoring an equalizer on the 78th minute to cancel out Salah’s goal he scored on the 67th minute.

James Vardy and Harvey Barnes fired two more goals to further deepen the woes of Liverpool who have gone 3 games without a victory with two of those defeats coming at their home grounds.

In other fixtures to look out for, Manchester City will be hosting Tottenham Hotspur at Etihad later this evening with Manchester United traveling to face West Brom Tomorrow.