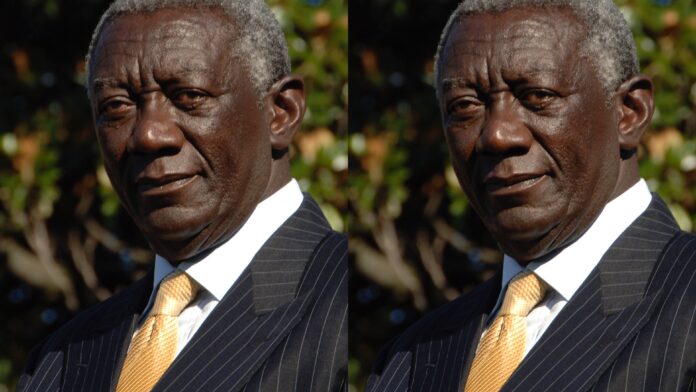 His Excellency John Kofi Agyekum Kufuor has vehemently condemned the practice of Lesbians, Gay, Bi-Sexual, Transgender, Queer, Intersex (LGBTQI) describing it as an abomination to humanity and blasphemous.

The former president affectionately called the “Gentle Giant,” was speaking in an exclusive interview with Atinka News’ Afia Kwarteng Asamani.

Describing himself as highly conservative, the former President questioned why a man would decide to sleep with his fellow man when God has wonderfully and fearfully created a woman for that purpose.

Mr Kufuor admitted that even though the world is evolving, that is not enough for a Man to Marry and have intimacy with a fellow man.

He challenged parents especially mothers to pay much attention to the care of their wards so they don’t end up practicing abominable acts such as LGBTQI+.