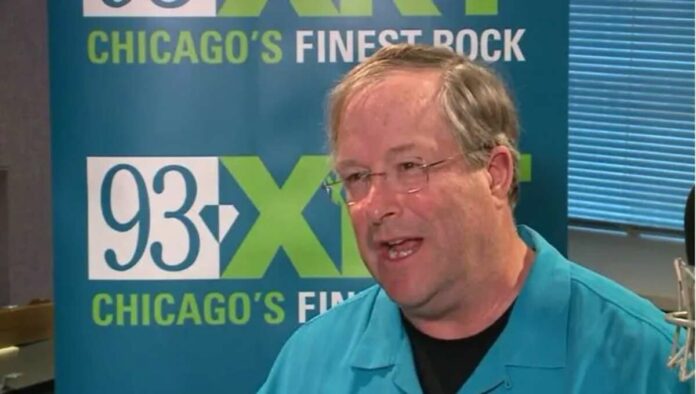 He began working professionally in radio in January 1977. His first disc jockey job was in Albany, New York at WQBK-FM, where he earned the nickname, “The Reverend of Rock and Roll.” After seven years at WQBK, Brehmer left the position and moved to Chicago to work for WXRT as a music director beginning in October 1984.

Brehmer returned to Chicago’s WXRT to serve as the morning D.J., replacing Terri Hemmert after completing a one-year contract at KTCZ-FM. For over 20 years, Brehmer (an avid Chicago Cubs fan) hosted an annual remote broadcast for Cub’s home opening day. On September 1, 1995, Brehmer was the first non-Cleveland disc jockey to broadcast live from the radio studio of the newly opened Rock and Roll Hall of Fame.

Lin Brehmer described himself on air as “your best friend in the whole world”, and frequently told listeners “it’s great to be alive”, a saying is taken from the 1972 Frank Zappa and The Mothers album, Just Another Band from L.A.

In 2002, Brehmer began writing and broadcasting essays entitled Lin’s Bin. The essays were developed from responding to listeners’ letters and continued as responses to emails. Each year, Brehmer wrote just under a hundred essays, and he stated that in total he had written approximately 1800 pages of Lin’s Bin. The essays were written and pre-recorded with producer Peter Crozier, and to date have not been published in book form.

Lin Brehmer Cause of death

Lin Brehmer’s cause of death was a longtime battle with prostate cancer. He announced on the air on July 12, 2022, that he had been fighting the disease and was taking a leave of absence from WXRT, starting after July 15, 2022, in order to undergo chemotherapy. He died on January 22, 2023, at age 68 and his death was announced to WXRT listeners by his long-time colleague Terri Hemmert.