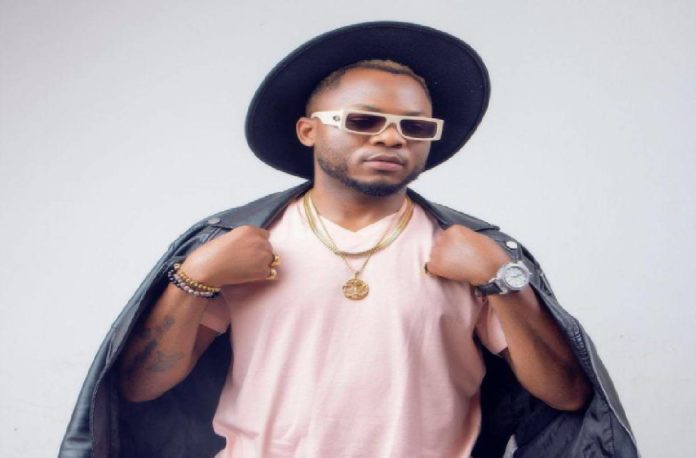 Read the complete write-up of Magasco net worth, biography, age, height, wife, songs, awards as well as other information you need to know.

Magasco who real name is Tohnain Anthony Nguo was born on September 22, 1988(age 32 years) in Bamenda.

His origin is from the Kom tribe in North West Region of Cameroon.

His love for music started at the age of 6 when he used to attend the Catholic church in Bamenda. He was present to most of the singing activities of the church. He got his A level certificate in art then studied history at the University of Yaoundé. From there, he decided to go professional with his music career since his love for music was growing stronger by the day.

Magasco’s first public appearance was at a talent show called Positive Vibrations back in 1999. He formed a group of rappers in 2000 called “T-Drops” with longtime besties DaBlu and Klone.

In 2009, the group separated because DaBlu left for the U.S where he is currently doing music. After getting his A-level, he was then selected to be among the candidates for the NW region at Nescafé singing competition along with Joys and Nasty. At the beginning of his career Magasco worked with label (Mumak) Where after releasing his debut single Line loba (land rover), same exposure let him to be signed under a biggest Cameroonian urban label Empire Company of Pit Baccardi.

In 2013, Magasco was nominated for “Best Urban Artist” for Cameroon, which did not win but he keeps his head high for better achievements.

Magasco under Empire, has released two singles so far (Fine BOY) and (Marry Me) which are currently hitting the world under the influence of National and international media. The remix of his song “Fine Boy ” with DUC Z was included in the Mboa Tape Vol2.

Magasco made several appearances in Cameroon starting in his home town Bamenda where he performed at the (In the Moov) concert. Magasco first album which was in 2015. He has been Nominated in other awards show like Afrimma Awards. On December 25, 2015, he released his first EP titled Raw Gold. His album titled Golden Boy was released in 2017.

Magasco is married to his longtime girlfriend Falon Ima. They have a daughter together, the couple live in a luxurious house in Cameroon.

How much is Magasco worth? Magasco’s net worth is estimated at around $680,000 as of 2021. His main source of income is from his music career. He is one of the richest musicians in Cameroon.