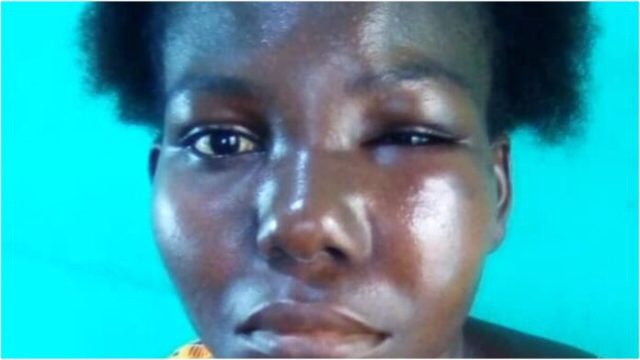 A certain Kofi Carpenter is reported to have mercilessly assaulted the sister of his wife in a disturbing situation.

Kofi Carpenter beat Gloria Eshun age 27-year for taking a sachet of water without his permission at Ajumako Mando Tayil in Ajumako Enyan Essiam District in the Central region.

According to reports, the suspects beat the victim, Gloria Eshun until blood oozed out of her mouth and nose.

It took the intervention of some neighbors to save the situation.

Kofi Carpenter has however escapades from the town as Gloria was rushed to the hospital and official complaint lodged at the police station.