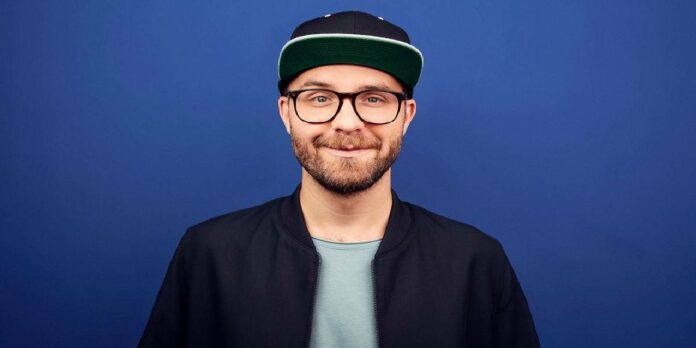 Read the complete write-up of Mark Forster net worth, age, height, family, wife, children, music, albums, songs as well as other information you need to know.

Mark Forster is a German-Polish singer, songwriter and television personality.

Mark Forster who real name is Mark Ćwiertnia was born on January 11, 1983 (age 38 years) in Kaiserslautern, Germany. He is of mixed German and Polish descent. He was born to a German father who was born in Dortmund; his mother, Agnieszka Ćwiertnia, was born in Warsaw, Poland.

His mother called him Marek and in his early days as a musician used the name Marek Ćwiertnia. He grew up in Winnweiler, Kaiserslautern (State: Rhineland-Palatinate), Germany. His sister is Natalie Cwiertnia

Mark Forster moved to Berlin where he developed a career as a singer, songwriter, pianist and composer of jingles for television including for the show Krömer – Die Internationale Show. From 2007 to 2010, he accompanied actor and comedian Kurt Krömer as a pianist sidekick.

In 2006, Forster joined the band Balboa as their frontman. He was also in Kurt Krömer’s Kröm De La Kröm alongside musician Mitumba Lumbumba and in 2010 was signed to German record label Four Music where he released his albums Karton in 2012.

The album was produced by Ralf Christian Mayer and coproduced by Sebastian Böhnisch and recorded in Germany, France and Spain. He toured starting February 2012 with Laith Al-Deen and promoted his album. Two minor singles from the album were released: “Auf dem Weg” and “Zu dir (Weit Weg)”.

In November 2013, he was featured in the rapper Sido’s hit “Einer dieser Steine”, singing in the refrain. An even bigger hit for Forster was “Au revoir”, this time with roles reversed—Forster listed as primary artist and featuring Sido—with this single being a prelude to the very successful album Bauch und Kopf in 2013. The album was certified gold and included the now-smash-hit “Au revoir” and two other follow-ups hit singles, “Flash mich” and the title track “Bauch und Kopf”, the latter of which won Bundesvision Song Contest 2015.

In 2015, Mark Forster became the vocalist for the musical project Eff, made up of Forster as vocalist and Felix Jaehn as DJ and music producer. The two met at an event in Vienna in 2015. Eff is a reference to Felix and Forster. Their debut single, “Stimme”, topped the German Singles Chart for three consecutive weeks, also charting in Austria and Switzerland.

Since 2013, Forster engaged as an ambassador for Herzenssache e.V., a children’s aid organization sponsored by German broadcasters Südwestrundfunk and Saarländischer Rundfunk, and German banking institution Sparda-Bank.

Along with Tony Mono (Peter Saurbier), he sang for 1LIVE for the 2014 FIFA World Cup in support of the German Football National Team. The song was a cover of his song “Au revoir” retitled “Au Revoir, USA!”. For the World Cup final, he released an amended take “Au revoir (WM Version)”.

Check Out: Sarah Connor net worth

From 2015 until 2019, Forster served as a coach on German broadcaster Sat.1’s German version of the TV competition The Voice Kids and in 2018 was a part of the starting line-up of coaches on The Voice Senior. Forster is currently a coach on The Voice of Germany, having replaced Andreas Bourani in 2017.

Mark Forster is married to Lena Meyer-Landrut, they had their wedding in 2020. His wife Lena Meyer-Landrut is a German singer-songwriter. She rose to fame after representing Germany in the Eurovision Song Contest 2010 in Oslo, winning the contest with her song “Satellite”. Mark and his wife Lena have one child born in 2021.

How much is Mark Forster worth? Mark Forster net worth is estimated at around $5 million. His main source of income is from his music career. Forster successful career has earned him some luxurious lifestyles and some fancy cars. He is one of the richest and influential singers in Germany.