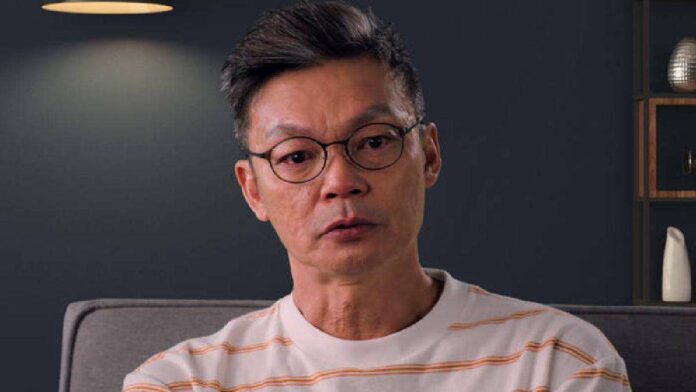 Mark Lee is a Singaporean comedian, actor, television host and film director. He is best known as the co-founder of King Kong Media Production. He has appeared in several movies including Hitman In The City, Being Human, Number 1, Long Long Time Age, Money No Enough, The Diam Diam Era, I Not Stupid, Lee Chong Wei, and Where Got Ghost, etc.

Mark Lee Kok Huang was born on October 16, 1968 (age 53 years) in Singapore. Lee’s father was a barber, and his mother was a food and beverage stall assistant. Growing up, Lee would help out in the hawker stall to prepare and sell cooked food, beverages, and chee cheong fun at a hawker centre. Lee was schooled in Jurong Secondary School.

Lee also gained recognition for his work with Jack Neo and Henry Thia in films such as Money No Enough and Liang Po Po: The Movie and long-running comedy variety programme Comedy Nite (搞笑行动). He made his directorial debut in the comedy horror film The Ghosts Must Be Crazy.

Along with long-time colleague Christopher Lee, Mark Lee was awarded the All Time Favourite Artiste award in the Star Awards 2010 and became the first host-cum-comedian to win the award as the previous winners were predominantly thespians. As such he will no longer be in the run for the Top 10 Most Popular Male Artistes awards in future Star Awards.

Although Lee was mostly known for playing comedic roles early in his career, he has also diversified into hosting and hosted various kinds of programmes, mainly infotainment, travelogue and DIY programmes. He co-hosted the popular home makeover programme Home Decor Survivor and the infotainment programme Behind Every Job with Bryan Wong, which won both a string of nominations in the hosting categories at the Star Awards. In 2012 he won his fourth Best Variety Host award for his popular show It’s a Small World (season 2).

Mark Lee was always given an on-screen name/surname of Ong or Huang, particularly in Jack Neo’s movies, with the exception of Liang Po Po: The Movie, That One Not Enough and Ah Long Pte Ltd.

Lee opened a production house King Kong Media Production with partner Yinson Marine Services, a Malaysian oil and gas company on March 9, 2017. He is now working on a film project for 2018.

In November 2021, Lee’s comedy Number 1, for which he was nominated for the Best Leading Actor award at the Golden Horse Awards, started streaming on Disney+. The movie is listed under the Asian Spotlight section of Disney+. It is significant for the Singapore film scene as it is one of the few Singaporean works to be streamed on Disney+.

Mark Lee is married to Catherine Ng. The couple has three children Children: Calynn Lee, Marksonn Lee, and Calista Lee. Lee stands with an appealing height and has a good bodyweight that suits his personality.

How much is Mark Lee worth? Mark Lee net worth is estimated at around $10 million. His main source of income is from his career as an actor, comedian, television host and film director. Lee successful career has earned him some luxurious lifestyles and some fancy cars trips. He is one of the richest and influential comedians in Singapore.

Should Wendy Shay “Lovers” Be Worried ?