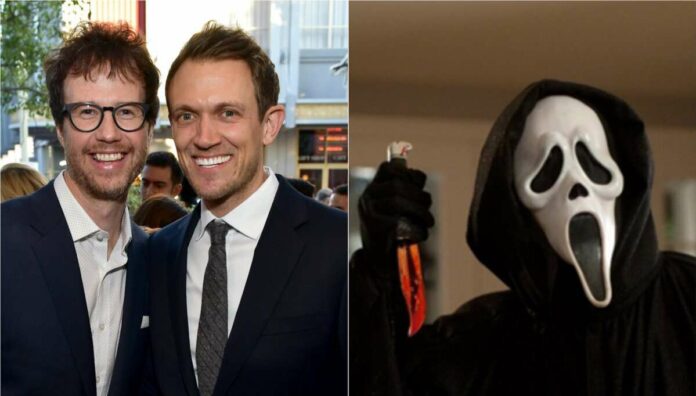 Read about Matt Bettinelli-Olpin net worth, age, wife, children, height, family, parents, salary, movies and tv shows as well as other information you need to know.

Matt Bettinelli-Olpin is an American director, writer, actor, and musician. He is a founding member of the punk band Link 80 and co-creator of the filmmaking collectives Chad, Matt & Rob and Radio Silence. He is best known for his work in horror films, including V/H/S, Southbound, Ready or Not and Scream.

In 2016, Bettinelli-Olpin played guitar in a Link 80 reunion for the Asian Man Records’ 20th Anniversary. On June 17 and 18, the band played two sold-out shows at the San Francisco’s Bottom of the Hill. Before the shows, a video tribute to singer Nick Traina was shown. On May 21, 2021, a Link 80 cover of Rancid’s “Junkie Man” was released from Lavasock Records’ upcoming 25th-anniversary tribute to Rancid’s punk rock classic …And Out Come to the Wolves featuring Bettinelli-Olpin on vocals.

Matt Bettinelli-Olpin directed Alkaline Trio’s first music video (Goodbye Forever) in 1999 while attending the University of California, Santa Cruz and, in the early 2000s, was roommates with The Lonely Island and appeared in many of their early shorts. While working in the mailroom at New Line Cinema, he formed the filmmaking collective Chad, Matt & Rob in 2007 and Radio Silence in 2011.

Bettinelli-Olpin co-founded Chad, Matt & Rob with Chad Villella and Rob Polonsky in 2007. The group is known for their unique blend of comedy, adventure, sci-fi and horror. According to an interview in IndieWire, Bettinelli-Olpin worked in the mailroom and later as the office manager at New Line Cinema, where the group would sneak in after hours to use the offices as their sets. Among their numerous short films is the viral found footage style video Roommate Alien Prank Gone Bad and five installments of their first-of-its-kind series of Interactive Adventures. Their work online has over 100,000,000 views.

After the dissolution of Chad, Matt & Rob, Bettinelli-Olpin formed Radio Silence with Tyler Gillett, Justin Martinez and Chad Villella. The group co-directed the 10/31/98 segment of the feature film V/H/S. The film premiered at the 2012 Sundance Film Festival and was released theatrically by Magnolia Pictures in October 2012.

In 2013, they made Devil’s Due for 20th Century Fox and in 2015, their film Southbound premiered at the Toronto International Film Festival. It was released theatrically by the Orchard on February 5, 2016. In 2019, Bettinelli-Olpin co-directed the well-reviewed comedic thriller Ready or Not with Tyler Gillett for Fox Searchlight. The film stars Samara Weaving, Adam Brody, Andie MacDowell, and Mark O’Brien.

In March 2020, it was announced that Bettinelli-Olpin would co-direct the fifth installment of the Scream franchise, alongside Tyler Gillett, with Kevin Williamson serving as executive producer. The film was released on January 14, 2022. In all of his films, Bettinelli-Olpin has used music by Asian Man Records artists including Alkaline Trio, Link 80, MU330, Laura Stevenson and the Cans and The Atom Age.