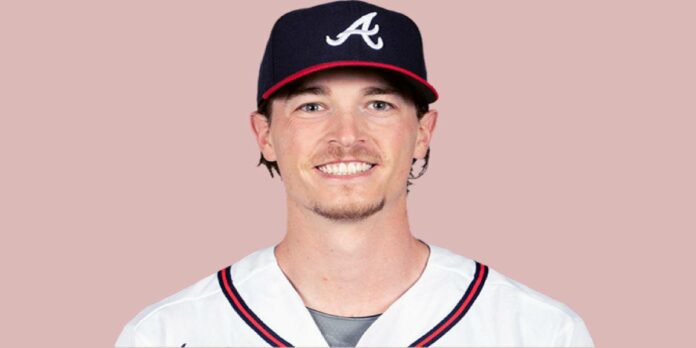 Max Fried is an American professional baseball pitcher for the Atlanta Braves of Major League Baseball (MLB). He was drafted by the San Diego Padres in the first round, seventh overall, in the 2012 Major League Baseball draft. He made his major league debut in 2017. His 17 wins in 2019 were 2nd-most in the National League, and his seven wins in 2020 were again 2nd-most in the NL.

Max Dorian Fried who nickname is Maximus was born on January 18, 1994 (age 27 years) in Santa Monica, California, United States. He is the middle son of Carrie Fried and Jonathan Fried and is Jewish. He attended synagogue on High Holidays and had a bar mitzvah. His younger brother Jake Fried, also a pitcher, attended the University of Arizona.

For high school, Fried first attended Montclair College Preparatory School, in Van Nuys, Los Angeles, where he played baseball, football, and basketball. In 2009, he was a member of the 2009 Maccabiah Games Team USA Juniors baseball team that won a gold medal in Israel.

As a high school sophomore, with Ethan Katz as his pitching coach, he was 10–3 with a 1.81 earned run average (ERA), while batting .446 with four home runs and 40 RBIs, and was named the Olympic League MVP and to the All-California Interscholastic Federation (CIF) Division V first team. In his junior year, Fried was 7–3 with a 1.31 ERA, with 100 strikeouts in 69 innings, as he also played outfield and batted .360 with four home runs and 30 RBIs. He was named the 2011 Southern California Jewish Sports Hall of Fame Male High School Athlete of the Year.

After Montclair Prep cut its baseball team subsequent to his junior year, Fried transferred to Harvard-Westlake School in Los Angeles, where he wore uniform # 32 in honour of Sandy Koufax. He played with fellow future MLB pitchers Lucas Giolito and Jack Flaherty. In his senior year in 2012 Fried was 8–2 with a 2.02 ERA, and 105 strikeouts in 66 innings. He was a 2012 Rawlings-Perfect Game 1st Team All-American.

The San Diego Padres selected Fried in the first round, with the seventh overall selection, of the 2012 Major League Baseball draft. Baseball America rated him the top left-hander available in the draft, high school or college. Though Fried had committed to the UCLA Bruins baseball team, he chose instead to sign with the Padres for $3 million.

Fried made his professional debut for the Arizona League Padres in 2012 and spent the whole season there, going 0–1 with a 3.57 ERA in 17.2 innings pitched. He played for the Fort Wayne TinCaps in 2013 where he compiled a 6–7 record and 3.49 ERA in 23 starts. At the end of the year, Fried was ranked the 43rd-best prospect in the minors by MLBPipeline. He was also named a MiLB.com Padres Organization All-Star, and Baseball America ranked his curveball as the best in the Padres’ minor league system.

In 2014, he was ranked the Padres’ top pitching prospect, and their No. 2 prospect overall, by MLB.com. Fried was also ranked 53rd in Baseball America’s 2014 pre-season rankings. Fried was injured for much of the year and did not make his season debut until July. The next month, on August 20, Fried underwent Tommy John surgery; he missed the remainder of the 2014 season.

On December 19, 2014, the Padres traded Fried, Jace Peterson, Dustin Peterson, and Mallex Smith to the Atlanta Braves in exchange for Justin Upton and Aaron Northcraft. Fried missed the entire 2015 season while recovering from Tommy John surgery.

Max Fried returned to action on April 9, 2016, for the Rome Braves. Fried spent all of 2016 with Rome, pitching to an 8–7 record and 3.93 ERA in 21 games (20 starts), striking out 112 batters in 103.0 innings. Fried ended the season ranked by Baseball America as the 6th-best prospect in the South Atlantic League. His fastball, clocked at 93–94 mph, reached 96–97 mph in the second half of the season. The Braves added Fried to their 40-man roster after the season.

Fried was invited to spring training for the first time at the start of the 2017 season. Fried began the season at the Class AA level with the Mississippi Braves. He was ranked as the Braves No. 8 prospect overall by MLB.com. Fried was named Southern League Pitcher of the Week for the week ending April 30. In July, MLB.com ranked him the #89 prospect in minor league baseball.

Max Fried was called up to the Atlanta Braves on August 5, 2017. He was called up straight from Class Double-A to the big leagues, without pitching in Triple-A. He debuted on August 8, throwing two scoreless innings against the Philadelphia Phillies, displaying what David O’Brien of The Atlanta Journal-Constitution called “a devastating curveball”. Two weeks later, Fried returned to the minor leagues, joining the AAA Gwinnett Braves. In 26 innings pitched for the Braves for the season, he was 1–1 with a 3.81 ERA.

At the end of the 2017 season, Fried joined the Peoria Javelinas of the Arizona Fall League, for whom he was named league Player of the Week on October 31. He led the league with 32 strikeouts in 26 innings (3rd in the league), and was 3–1 with a 1.73 ERA (6th in the league) in six starts.

Max Fried ranked first among starters with a .163 opponents’ average, was second in fewest-baserunners-allowed-per-nine-innings (7.96), and was named to the AFL’s Top Prospects Team. Baseball America rated him # 3 on the AFL Hot Sheet. In December, Braves manager Brian Snitker said that he might look at Fried, Lucas Sims, or another pitcher as the team’s fifth starter in 2018.

Fried began the 2018 season with the AA Mississippi Braves. After one game, he joined the Gwinnett Stripers. He was called up to Atlanta in April. In 33.2 innings pitched for the Braves in the 2018 regular season, he was 1–4 with 44 strikeouts and a 2.94 ERA. With runners in scoring position, he kept batters to one hit in 30 at-bats (.033); with RISP and two outs, opposing batters were 0-for-14 with eight strikeouts.

He was placed in the bullpen at the start of the 2019 season and later moved to the starting rotation. In a game against the Los Angeles Dodgers on May 7, Fried was hit on his left hand by a batted ball from Alex Verdugo and left the game, but he made his next regularly scheduled start.

Check Out: Ozzie ALbies net worth

Going into 2020, Freddie Freeman predicted that Fried would be: “phenomenal, better than last year.” During the season Fried developed into the ace starting pitcher for the Braves. His four pickoffs through September 6 were the most in the majors in 2020, and he needed only 12 pickoff attempts to do so. Since his major league debut in 2017, Fried’s 14 pickoffs were the most in the majors, and he was successful on 19% of his attempts. In that same time span, pitchers in all of baseball had been successful in picking off runners in only 0.017% of attempts.

Max Fried started the season by becoming the first left-handed pitcher to not allow any home runs through eight starts, with his team winning every game, since Babe Ruth in 1917. In the pandemic-shortened 2020 regular season, Fried was a perfect 7–0 with a 2.25 ERA and a 1.09 WHIP.

On defence, Fried led all major league pitchers in assists for the second consecutive season (with 15), tied for the MLB lead in pickoffs (with 4; with his 9 in 2019-20 he was tops in major league baseball), and led all pitchers with five Defensive Runs Saved.

Max Fried was the Braves’ 2021 Opening Day starting pitcher. His first career complete-game shutout was a Maddux, pitched against the Baltimore Orioles on August 20, 2021. Fried threw a second Maddux on September 24, while facing the San Diego Padres. His 1.76 ERA and 0.84 WHIP in the second half of the season were the best in the major leagues. He was named the National League Pitcher of the Month for September, after posting a 1.54 ERA.

Max Fried was dating Rose Lavelle, they first met at a private hangout during one of Max friend birthday. His then-wife to be, Rose Lavelle is a professional soccer player who plays as a midfielder for OL Reign of the National Women’s Soccer League, and for the United States national team. However, through 2021, Max Fried was second in win-loss percentage (.690; behind Russ Ortiz and ahead of Greg Maddux). Fried throws a 94–96 mph four-seam fastball. He also throws two types of a 74 mph “plus” curveball (which he patterned after that of Sandy Koufax), an 84 mph slider (since 2019), a 93 mph sinker, and an 84 mph change-up.

How much is Max Fried worth? Max Fried net worth is estimated at around $10 million. His salary is around $4 million and his main source of income is from his career as a baseball player. Max Fried successful career has earned him some luxurious lifestyles and some fancy cars. He is one of the richest and influential baseball players in the United States. However, Max Fried won Game 2 of the 2021 National League Division Series against Milwaukee 3-0, with 6 scoreless innings, in which he gave up 3 hits with no walks, and had 9 strikeouts. Fried was named a finalist for the 2021 NL Silver Slugger Award for pitchers. He was also named a finalist for the 2021 NL Gold Glove Award for pitchers.

12/04/2021
A naval officer with the Eastern Naval Command, Leading Seaman Umar Sahid Abubakar has been detained at Naval Base Sekondi for inflicting knife wounds...

10/11/2021
ABOUT US
Our Motive is to provide reliable, accurate and informative news to you. The Urban and Rural at heart ❤️
Contact us: [email protected]
FOLLOW US
© Apumone 2022 All Rights Reserved