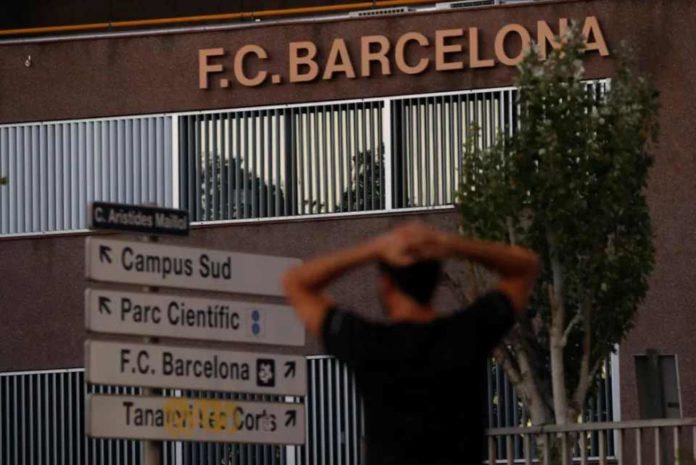 Last year, Lionel Messi and Barcelona’s relationship had deteriorated to the point that the club legend was ready to leave for Manchester City. The two sides managed to work out those issues and went into Thursday with hopes of signing Messi to a new contract.

The expectation across the soccer world was that Thursday’s proceedings were a formality to keep the 34-year-old at the club for the foreseeable future. But, uh, something happened.

In an announcement that came completely out of nowhere, the official Twitter accounts for FC Barcelona said that it couldn’t sign Messi to the agreed contract because of La Liga’s financial regulations. Barcelona conceded that Messi would leave the club.

Despite FC Barcelona and Lionel Messi having reached an agreement and the clear intention of both parties to sign a new contract today, this cannot happen because of financial and structural obstacles (Spanish Liga regulations).

As a result of this situation, Messi shall not be staying on at FC Barcelona. Both parties deeply regret that the wishes of the player and the club will ultimately not be fulfilled.

FC Barcelona wholeheartedly expresses its gratitude to the player for his contribution to the aggrandisement of the club and wishes him all the very best for the future in his personal and professional life.

There are a few ways to look at the announcement. The first being that Messi and Barcelona jointly resorted to this statement as a way to force La Liga’s hands on financial regulations. The league already doesn’t have Cristiano Ronaldo who left for Juventus a couple years ago. Losing Messi would be a significant blow to La Liga’s value. You also would think that Barcelona wouldn’t concede defeat on Messi’s contract until the moment he signed elsewhere, so this was all extremely curious.

Another way to look at this is that Messi is actually leaving and oh my God, it’s really happening. That leaves Messi — you know, an incredibly expensive talent — with limited options. PSG, Manchester City and Chelsea have the money. City, though, just signed Jack Grealish for about $140 million on Thursday. That likely knocks City out of the running. Chelsea would have to drop a pursuit of Romelu Lukaku who is six years younger than Messi. PSG makes the most sense given its seemingly unlimited resources, easier league schedule and talent to surround Messi with (how does Neymar, Mbappe and Messi together sound?).

It’s a lot to unpack, and fans were understandably coming to terms with the news.