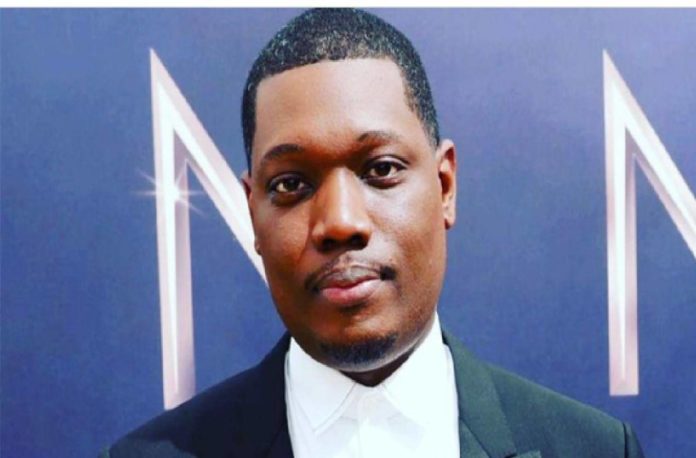 Read the complete write-up of Michael Che net worth, biography, age, height, movies and TV shows, House as well as other information you need to know.

Michael Che Campbell is an American stand-up comedian, actor, and writer. He is best known for his work on Saturday Night Live, where he serves as co-anchor on Weekend Update and co-head writer alongside Colin Jost. Che and Jost were named co-hosts of the 70th Primetime Emmy Awards.

Che was briefly a correspondent for The Daily Show with Jon Stewart and has previously worked as a writer for Saturday Night Live. At the end of September 2014, he became a Weekend Update co-anchor for the 40th season of Saturday Night Live alongside Colin Jost, replacing Cecily Strong.

Michael Che Campbell was born on May 19, 1983(age 38 years) in Manhattan, New York, the youngest of seven children of Rose and Nathaniel Campbell. His father named Michael after the revolutionary Che Guevara.

Che was raised on the Lower East Side of Manhattan. He graduated from the Fiorello H. LaGuardia High School of Music & Art and Performing Arts.

Che worked in customer service for a Toyota car dealership for two years. He also created acrylic portraits of celebrities, printed the portraits on T-shirts, and sold them in SoHo. Tommy Hilfiger noticed his work and offered Che freelance work, but Che was paralyzed by fear and did not turn in any designs.

Che started doing stand-up comedy in 2009, regularly working several sets per night. In 2012, Che appeared on the Late Show with David Letterman. In 2013, Variety called Che one of “10 Comics to Watch”, while Rolling Stone named him one of “The 50 Funniest People.”

Che joined Saturday Night Live as a writer in 2013, at first as a guest writer and soon after as staff writer. On April 28, 2014, it was announced that Che would join The Daily Show in June as a correspondent.

Micheal Che made his onscreen debut as a Daily Show correspondent on June 4, 2014. Although he appeared in only nine segments during his brief tenure on the show, he was lauded by TV Guide for his work. His signature piece for the Daily Show was “Race/Off: Live From Somewhere”, a satirical commentary on the 2014 Ferguson protests.

In this segment, Che “reported” from various locations (with frequent background changes accomplished via chroma key), looking for a place where a black man would not be harassed by police officers. The sketch ended with Che floating in outer space.

On September 11, 2014, it was announced that Che would take over Cecily Strong’s position as a Weekend Update co-anchor for the 40th season of SNL, co-anchoring the segment with Colin Jost.

Che is the first African-American co-anchor in the history of Weekend Update. During his first two seasons, Che primarily hosted Weekend Update and rarely appeared in any sketches. During his third season, Che was promoted to the main cast.

Other Movies and TV shows appearances

In 2014, Che appeared in the movie Top Five, appearing as one of Chris Rock’s character’s friends.

On September 17, 2018, Che co-hosted the Emmy Awards with Colin Jost. Che and Jost also appeared on the March 4, 2019, episode of WWE’s Monday Night Raw, where both were announced as special correspondents for WrestleMania 35.

The pair got involved in a storyline with wrestler Braun Strowman, which eventually resulted in Che and Jost becoming participants in the André the Giant Memorial Battle Royal at WrestleMania.

How much is Michael Che worth? Michael Che’s net worth is estimated to be around $4 million as of 2021. His main source of income is from his primary career as a comedian, actor and Show host. He live in private house in New York.