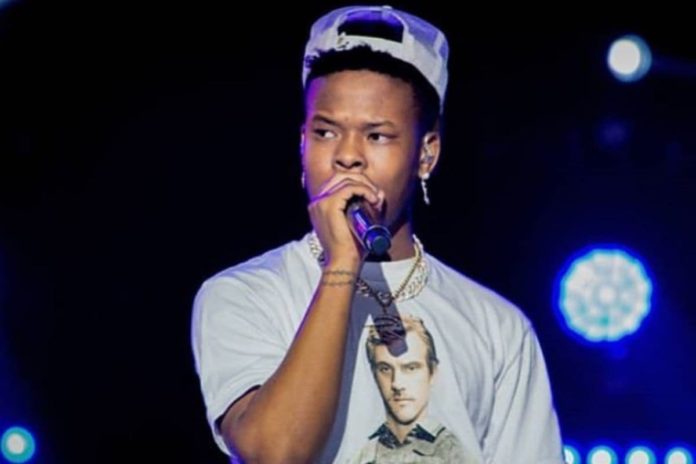 Nasty C is a South African rapper, songwriter and record producer. In March 2020, Nasty C signed a joint venture deal with Def Jam Records and released his third album on 28 August 2020 and his first on the label titled Zulu Man With Some Power.

After releasing two mixtapes and two EP, Ngcobo released his critically acclaimed debut album Bad Hair (2016), and Strings and Bling (2018) which was associated and supported by his first tour, The Ivyson Tour.

He was the youngest recipient of an award at the 2015 South African Hip Hop Awards, namely the Best Freshman Award.

Nasty C whose real name is Nsikayesizwe David Junior Ngcobo was born on 11 February 1997 (age 25 years old) in Diepkloof, a borough of Soweto, Johannesburg. After the passing of his mother who was involved in a fatal car crash while he was 11 months, he relocated to Durban, Kwa-Zulu Natal to be raised by his father, David Maviyo Ngcobo, who is a human resources manager. He has an older brother, Siyabonga Ngcobo, who influenced him to rap as he learnt the basics of producing music from him at the age of nine. Nasty C attended Strelitzia Secondary School in Lotus Park, Durban where he completed his 12th grade.

Read: AKA net worth and Life Story

At the age of fourteen, Ngcobo released his debut mixtape One Kid, a Thousand Coffins on 14 May 2012. He then released his debut EP L.A.M.E (Levitating Above My Enemies) on 4 April 2014. The following year on 10 February, he released his second mixtape Price City which produced the successful single “Juice Back” that raised his prominence. His  “Juice Back” song later spawned a Gemini Major-produced remix featuring singer Davido and rapper Cassper Nyovest on 20 November 2015.

On 11 February 2016. Nasty C released “Hell Naw” which was later revealed to be the lead single from his upcoming debut album. On 23 September, Nasty C then released his debut album, Bad Hair under Mabala Noise Entertainment. For the album’s artwork, he got his fans on Twitter to email him their portraits showing their bad hair periods, he then combined all the portraits in an artistic manner assembling his face. Bad Hair reached number-one on the iTunes local charts and was the most streamed album in South Africa within its 24 hours. Nasty C released a 14-minute film featuring three songs from Bad Hair directed by Kyle Lewis. The short-film which included tracks “Don’t Do It'”, “Good Girls and Snapchat Hoes” and “Phases” featuring Rowlene, was commercially featured in several countries including France, Germany, United Kingdom and United States, which was infrequent for an African video.

Read: Top 10 Richest people in South Africa and their net worth

Ngcobo released the extended version for Bad Hair named Bad Hair Extensions on 2nd December 2016. Bad Hair Extension featured new four songs including the lead single Allow featuring American rapper French Montana. In winning many accolades for both 2016 and 2017, Ngcobo received his biggest nomination which was for the 2017 BET Award for Best International Act: Africa where he lost to Wizkid. He was also nominated for the 2017 MTV Europe Music Awards. Nasty C was ranked number-three on the 2017 MTV Base: SA’s Hottest MCs.

Nasty C signed a distribution deal with Universal Music Africa in partnership with Universal Music South Africa and a talent booking deal with UMG Live Africa. On 1 June, during his visit to Nigeria, he signed a distribution deal with Universal Music Group Nigeria, before the pre-release of his singles, “Jungle” and “King” featuring American rapper A$AP Ferg, from his second album Strings and Bling. In June 2018, during a press release with Premium Times, the general manager of Universal Music Group Nigeria, Ezegozie Eze said “Strings and Bling is a testament to skill, craft and passion that he brings to his game every single time, and we are thrilled to bring this excellent body of work to the market”. Strings and Bling was then released on 6 July 2018 in both digital and physical formats. TimesLIVE named Strings and Bling one of the best hip hop albums in South Africa, and it was also included in the list of hip hop albums on Tina magazine. The album’s other singles include “SMA” featuring Rowlene, and the promotional single “Gravy”.

On 20 August 2018, Nasty C established his own record label, Tall Racks Records. His long-term associated singer Rowlene was the first act to sign under the label, alongside himself. Nasty C began the Ivyson Tour on 6 October 2018, at the Melrose Arch in Durban. The tour with five consecutive shows (four in South Africa and one in Namibia) was a success with filled up attendance. As for 2019, Nasty C was named the ambassador of the male grooming company, Axe South Africa.

Def Jam Africa and Zulu Man with Some Power album

Nasty C made the third installment of his concert tour, The Ivyson Tour, which kicked-off on 20 September 2019, in Cape Town, Western Cape. On 27 September 2019, he released “God Flow” featuring rapper crownedYung, the lead single of his upcoming third studio album Zulu Man with Some Power.

Billboard reported that Nasty C signed a joint venture deal with Def Jam Records in March 2020, with the release of single “There They Go” as his debut under the label. In April 2020, Nasty C released the visual EP Lost Files, with the songs presented in performance clips on YouTube. He explained the EP’s concept stating: “They’re songs that didn’t make it onto certain projects, songs that ended up as just ideas”. On 14 May, the EP was uploaded on Apple Music.

On 20 May 2020, Nasty C made his acting debut with a cameo role in the six-part Netflix African original young adult series Blood & Water, playing the role of Zhero. On 28 May 2020, Nasty C signed with Universal Music Group flagship Def Jam Africa. On 5 June, Nasty C teamed up with American rapper T.I. for the protest song “They Don’t”. Proceeds from the song benefit the non-profit organizations Until Freedom and Solidarity Fund, with lyrics referencing the death of George Floyd. On 25 June, he released a collaborative mixtape with DJ Whoo Kid, titled Zulu.

After several postponements, on 6 August 2020, Nasty C took to his social media and announced that his much anticipated album Zulu Man with Some Power would be released within the month of August. He released the track list consisting of 20 songs featuring international and South African artists, including Lil Keed, Ari Lennox, Lil Gotit, T.I, Tellaman and Rowlene. The album was released 28 August 2020.

Nasty C’s girlfriend is Sammie Heavens. Sammie Heavens is a South African fashion enthusiast and social media personality who real name is Ntombizodwa Beatrice Sibanyoni. She opened up about how it is being in a public relationship and dating a rapper. Sammie and the Nasty C have been in a relationship for some time now and in the beginning, the rapper kept the relationship under wraps. Their relationship has definitely been something fans have obviously expressed their opinions about from their cheating scandals to just about anything that revolves around.

Nasty C net worth is estimated to be around $2 million dollars, the net worth of Nasty C in Rands is R28 million South African Rand, it equivalent in Naira is N763 million Naira. His major source of income is generated from his music career and some endorsement deals. Nasty C is one of the richest rappers in South Africa. However, he owns a luxury house and drives some of the expensive cars in the country.