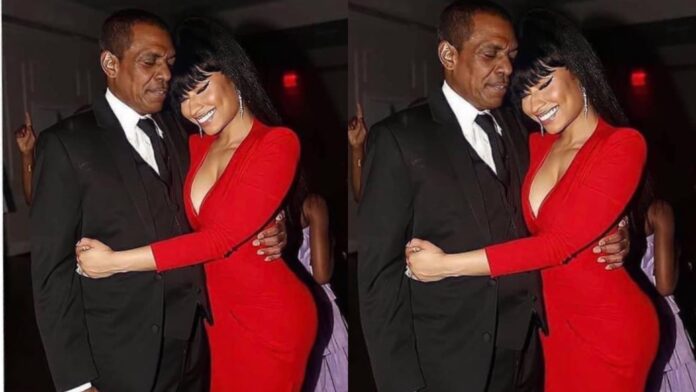 Robert Maraj the father of America’s award winning rapper Nicki Minaj has died after he was knocked down by a reckless hit and run driver.

Nassau County Police in New York confirmed the death of 64-year-old Robert Maraj to TMZ on Sunday.
Maraj was walking on a road in Mineola at about 6pm Friday when he was struck by a car heading northbound on Roslyn Road at the intersection with Raff Avenue, authorities said.

The driver fled the scene and has yet to be identified. Investigators have asked  the public for help in tracking them down.
Maraj was rushed to a hospital, where he died.

Minaj, 38, has yet to comment publicly on her father’s death.
The tragic news comes four months after the Super Bass rapper welcomed her first child with husband Kenneth Petty.
The family had already had a tough year, after Minaj’s brother Jelani Maraj was sentenced to life in prison in January 2020 for raping an 11-year-old child.