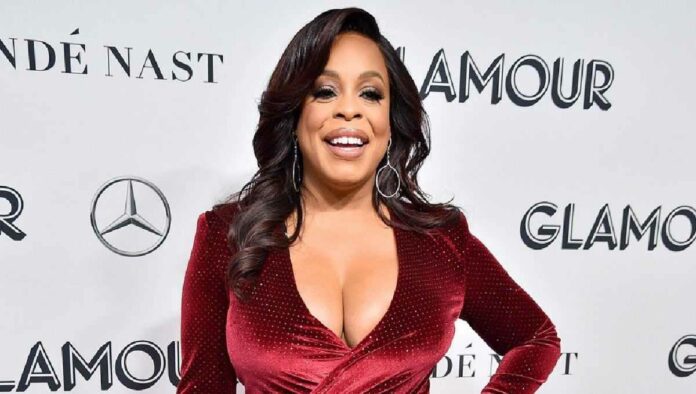 Niecy Nash is an American actress, comedian and television host. She is best known for her performances on television. Nash hosted the Style Network show Clean House from 2003 to 2010, for which she won a Daytime Emmy Award in 2010. As an actress, she played the role of Deputy Raineesha Williams in the comedy series Reno 911! (2003–2009, 2020-present).

Nash received two nominations for Primetime Emmy Awards for Outstanding Supporting Actress in a Comedy Series and a Critics’ Choice Television Award for Best Supporting Actress in a Comedy Series nominations for her performance as nurse Denise “DiDi” Ortley in the HBO comedy Getting On (2013–2015). She also starred as Lolli Ballantine on the TV Land sitcom The Soul Man (2012–2016), and played Denise Hemphill in the Fox horror-comedy series, Scream Queens (2015–2016).

She began starring as Desna Simms in 2017, a leading character, in the TNT crime comedy-drama Claws. Nash has also played a number of roles in films and has made many guest appearances on television shows. In 2014, Nash played the role of civil rights activist Richie Jean Jackson in the historical drama film Selma directed by Ava DuVernay.

In 2019, Niecy Nash starred as Delores Wise in DuVernay’s miniseries When They See Us, for which she was nominated for a Primetime Emmy Award for Outstanding Lead Actress in a Limited Series or Movie. In 2018, Nash received a star on the Hollywood Walk of Fame. In 2020, she portrayed feminist leader Florynce Kennedy in Mrs. America. In 2021, she served as a guest host of the show The Masked Singer for five episodes.

Niecy Nash whose real name is Carol Denise Betts Ensley was born on February 23, 1970 (age 52 years) in Palmdale, California, United States. She is the daughter of Sonny Ensley and Margaret Ensley. Her brother is Micheal Ensley. Nash is a spokesperson for M.A.V.I.S. (Mothers Against Violence In Schools). The organization was founded by her mother Margaret Ensley, after the 1993 shooting death of Nash’s younger brother, Michael. M.A.V.I.S.’s mission is to inform the public of the violence children encounter on school campuses. Nash attended California State University, Dominguez Hills.

Niecy Nash made her professional acting debut in the 1995 film Boys on the Side. On television, she later guest-starred in NYPD Blue, Judging Amy, Reba, Girlfriends, CSI: Crime Scene Investigation, and ER. She also appeared in the 1999 film Cookie’s Fortune and had a recurring role on the CBS drama series City of Angels in 2000.

Nash played the roles of Deputy Raineesha Williams and T.T. on the Comedy Central comedy series Reno 911! from 2003 to 2009. She hosted Clean House on the Style Network from 2003 to 2010, as well as providing the voice of Mrs. Boots on the ABC Family animated series Slacker Cats, and starred as Rhonda, opposite Jerry O’Connell, in the short-lived Fox sitcom Do Not Disturb in 2008.

Check Out: Jessica Dime net worth

She guest-starred on The Bernie Mac Show as Bernie’s sister Bonita from 2003 to 2005. Nash won a Daytime Emmy in 2010 as the producer/host of Clean House: The Messiest Home in the Country in the category of Outstanding Special Class Special. On August 4, 2010, Nash announced that she was leaving Clean House, but the show will continue without her.

Niecy Nash appeared on the tenth season of ABC’s Dancing with the Stars beginning in March 2010, where she was partnered with Louis van Amstel. On May 11, 2010, Nash and van Amstel were eliminated from the competition, taking fifth place. In 2011 she got her own reality show, Leave It To Niecy, on TLC, about her life with her new husband and step-son, but it was quickly cancelled. In that same year, she was in a TLC wedding special.

Nash also appeared in the films Code Name: The Cleaner (2007), Reno 911!: Miami (2007), Not Easily Broken (2009), G-Force (2009), and Trust Me (2013). In 2012, Nash began starring opposite Cedric the Entertainer in the TV Land sitcom The Soul Man, a spinoff of Hot in Cleveland. In 2013, she began starring opposite Laurie Metcalf in the HBO comedy series Getting On. She received a Primetime Emmy Award for Outstanding Supporting Actress in a Comedy Series nomination for her role on the show in 2015 and 2016, as well as a Critics’ Choice Television Award for Best Supporting Actress in a Comedy Series in 2016.

In 2014, Niecy Nash played Richie Jean Jackson, the wife of Dr. Sullivan Jackson, in the historical drama film Selma, directed by Ava DuVernay. The film received acclaim from critics; on Rotten Tomatoes, the film holds a rating of 99%, based on 205 reviews, with an average rating of 8.7/10. Selma was listed on many critics’ top ten lists. Also that year, Nash joined the cast of the Fox comedy series The Mindy Project in a recurring role as Dr. Jean Fishman, a rival of the title character.

From 2015 to 2016, Nash co-starred on the Fox horror-comedy series Scream Queens as a security guard, and then FBI Agent Denise Hemphill. She appeared in another Fox comedy, Brooklyn Nine-Nine, as Andre Braugher’s sister. The following year, she was cast in the leading role in the Fox comedy pilot The Enforcers. The pilot was not ordered into a series. She also was cast in a recurring role as Louise Bell in the Showtime period drama Masters of Sex.

In 2017, Niecy Nash was cast in a leading role in the TNT crime comedy-drama series Claws, produced by Rashida Jones, about a South Florida nail salon. Also in 2017, Nash appeared in Mary J. Blige’s music video for “Strength of a Woman”. For her dramatic turn in Claws, Nash has received critical praise. She received a Satellite Award for Best Actress – Television Series Musical or Comedy, as well as another nomination for the NAACP Image Award for Outstanding Actress in a Comedy Series. In August 2018, it was announced that Nash would star in and produce Naked With Niecy Nash, a late-night talk show for TNT.

Niecy Nash received a star on the Hollywood Walk of Fame in the television category in July 2018. Later that year, Ava DuVernay cast her in the Netflix limited drama series When They See Us. For her performance, she received critical praise and a nomination for Primetime Emmy Award for Outstanding Lead Actress in a Limited Series or Movie.

Nash starred in another Netflix feature drama film in 2020, Uncorked, directed by Prentice Penny, and had a recurring role in the Netflix comedy-drama Never Have I Ever, created by Mindy Kaling. Also that year, she played civil rights advocate Florynce Kennedy in the Hulu miniseries Mrs. America. Later in 2020, Nash signed on to host her own syndicated daytime talk show for CBS Television Distribution.

Check Out: Jessica Rowe net worth

She served as a guest host while regular series host Nick Cannon recovered from COVID-19 during season five of The Masked Singer. In 2020, Niecy Nash reprised her role as Deputy Raineesha Williams in the seventh season of Reno 911! which aired on Quibi. She also appeared in the 2021 Paramount+ movie, Reno 911! The Hunt for QAnon. The eighth season of the series, now titled Reno 911! Defunded, premiered on The Roku Channel in February 2022.

Niecy Nash is married to her new wife Jessica Betts, they had their wedding ceremony on August 29, 2020. Her new wife is a singer and they began dating in January 2020. However, she was married for 13 years to her first husband Don Nash, an ordained minister; they filed for divorce in June 2007. They had three children Dia Nash, Dominic Nash, and Donielle Nash.

Nash became engaged to her second husband Jay Tucker in September 2010. Niecy Nash participated in a TLC reality show that followed the preparations for the wedding. They were married on Saturday, May 28, 2011, at the Church Estate Vineyard in Malibu. On October 30, 2019, Nash announced her pending divorce from Tucker via Instagram. The divorce was finalized on March 10, 2020.

How much is Niecy Nash worth? Niecy Nash net worth is estimated at around $5 million. Her main source of income is from her career as an actress, comedian and television. Nash successful career has earned her some luxurious lifestyles and some fancy cars trips. She is one of the richest and influential actresses in the United States. In 2021, Nash will host a revival of Don’t Forget The Lyrics.