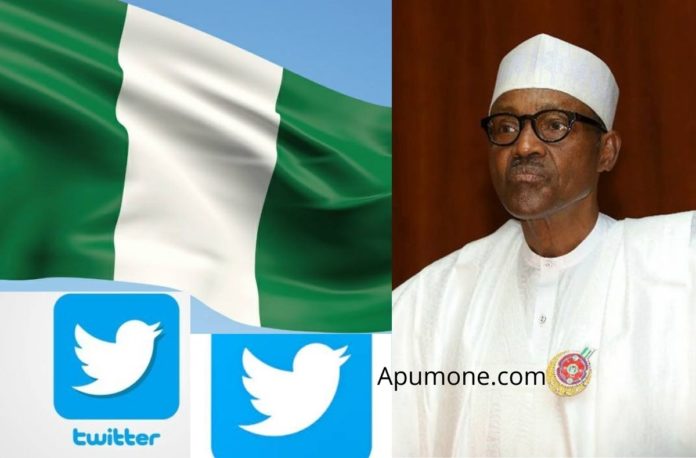 Corporations and individuals who violate Nigeria’s suspension of Twitter will be prosecuted, a government spokesperson has told the BBC.

The government announced on Friday it was suspending Twitter operations in the country “indefinitely”.

Mobile phone networks blocked access after being ordered to do so, but some users are getting around the ban.

The government alleged the site was being used to undermine “Nigeria’s corporate existence”.

A statement from Justice Minister Abubakar Malami said he had “directed for immediate prosecution of offenders of the Federal Government ban on Twitter operations in Nigeria”, telling the public prosecutor to “swing into action”.

The message was targeted at both corporations and individuals, the minister’s spokesperson Umar Gwandu told the BBC.

Earlier, the mobile phone operators’ umbrella body confirmed that they had been told to stop people getting on to Twitter.

But it also said that it backed the UN position that the right to communicate both offline and online should be protected.

“This is a shocking move for Africa’s largest democracy to block access to one of the country’s main communication avenues,” the BBC’s Nigeria correspondent Mayeni Jones says.

The government’s action came just days after a tweet by President Muhammadu Buhari was removed for breaching the site’s rules, though no mention of this was made in its statement.

Mr Mohammed has previously criticised the US social media giant’s decision to take it down, calling it “double standards”.

The tweet sent by Mr Buhari on 1 June referred to the 1967-70 Nigerian Civil War and to treating “those misbehaving today” in “the language they will understand”.

And in a statement on Friday, the company – which in April announced its new African headquarters would be based in neighbouring Ghana – said it was “investigating and will provide updates when we know more” about the Nigerian ban.

The government gave no explanation of how Twitter had undermined Nigeria’s corporate existence.

By Saturday morning, BBC reporters in Lagos and Abuja said they were unable to connect to Twitter through two of the countries largest phone networks: MTN and Airtel.

Internet monitoring site Netblocks reported that Twitter was restricted on all the leading networks.

Access was still possible through some wi-fi providers, but this is not the most common way to connect to the internet in Nigeria.

Search terms such as “VPN” were popular overnight, according to the search tracking site Trendsmap.

A VPN – or Virtual Private Network – connection makes it appear as if the user is accessing the internet from another country, and has been a way to get round similar bans in other countries.

The government’s statement, which was released on Twitter, also revealed that the national broadcasting regulator, NBC, has been told to start “the process of licensing all OTT [internet streaming services] and social media operations in Nigeria”.

“This action is clearly inconsistent and incompatible with Nigeria’s international obligations. We are calling on the Nigerian authorities to immediately reverse the unlawful suspension and other plans to gag the media, repress civic space, and undermine Nigerians’ human rights.

The Nigerian government has toyed with the idea of regulating social media in the country, and this administration has been obsessed with the idea since it came into office in 2015. Deleting the president’s tweet, however, was seen as the final straw.

But it was the role Twitter played in the #EndSars anti-police brutality protests which shook Nigeria last year that truly sealed its fate.

The demonstrations were mostly organised on the platform and the company’s CEO, Jack Dorsey, made donations to one of the leading groups of organisers. A special emoji was also created for the protests.

Twitter helped give Nigeria’s many youths a voice. But in the eyes of the government, the company’s role in galvanising the country’s young population was a line crossed.

Yet the government appears not to have reckoned with the ingenuity of #EndSars protesters. People are already downloading VPNs to bypass the block when it happens.

11/09/2021
Danny Wallis is the Chief Executive Officer & Managing Director of DWS. He studied at Monash University and graduated with a Bachelor Degree in...

Why Americans are facing Power and Water shortages?

Suspects who murdered African World Airline Engineer Thought he was a...

20/04/2021
ABOUT US
Our Motive is to provide reliable, accurate and informative news to you. The Urban and Rural at heart ❤️
Contact us: [email protected]
FOLLOW US
© Apumone 2022 All Rights Reserved