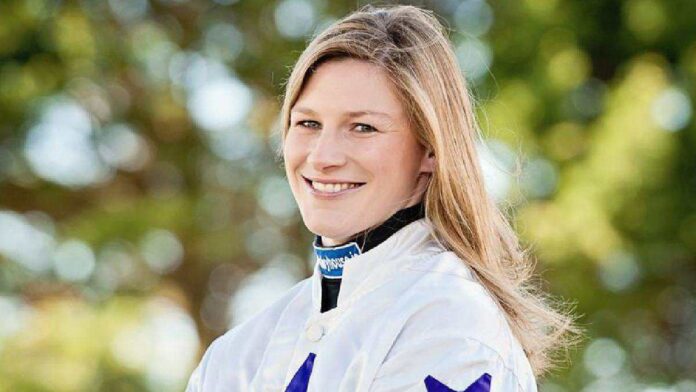 Read the complete write-up of Nina Carberry net worth, age, husband, children, height, family, parents, jockey records as well as other information you need to know.

Nina Carberry was born on July 21, 1984 (age 37 years) is a retired Irish female National Hunt jockey. She hails from a racing family and is the daughter of jockey Tommy Carberry.

Nina Carberry was born on July 21, 1984 (age 37 years) in Meath, Ireland. He is the daughter of Tommy Carberry and Pamela Moore. Her older siblings, Philip Carberry and Paul Carberry were also successful Irish riders.

Check Out: Ruby Walsh net worth

Carberry won the 2007 Cross Country Handicap Chase on Heads On the Ground, before winning on Garde Champetre in 2008 and 2009, to give her a record three wins in the race at the Cheltenham Festival. She extended it to four wins in 2016 with Josies Orders when Any Currency was disqualified.

In 2015 and 2016 she won the St James’s Place Foxhunter Chase at the Cheltenham Festival riding On the Fringe. In 2011, she won the Irish Grand National on Organisedconfusion which was trained by her uncle Arthur Moore, becoming only the second woman rider to win the race.

Nina Carberry has competed in the Grand National six times, completing the course on four occasions between 2006 and 2016. Her best result being a seventh-place finish on Character Building in 2010. In 2015, she won the Fox Hunters’ Chase at Aintree riding On the Fringe.

On 21 September 2017, in her first race since November 2016, she won as a mother for the first time. Her win was on Cask Mate at Ballinrobe in the Connacht Tribune flat race. On 28 April 2018 the final day of the Punchestown Festival, Carberry announced her retirement after she won on Josies Orders for trainer Enda Bolger and owner J. P. McManus.

In 2013, she became a racing assistant to Noel Meade. In 2015 she started riding out for Aidan O’Brien during the summer. In 2013, Nina Carberry appeared on documentary The Irish Road To Cheltenham which was shown on RTÉ One television in Ireland. In 2022, Carberry will appear on the fifth series of the Irish version of Dancing With the Stars.

Nina Carberry is married to her longtime boyfriend Ted Walsh Junior, they had their wedding in February 2012. Her husband Ted Walsh Junior is the son of former jockey and Aintree National-winning trainer Ted Walsh. Nina’s brother-in-law is top jockey Ruby Walsh and her sister-in-law is the Irish jockey, Katie Walsh. Nina announced in November 2016 she was expecting her first child and would miss the remainder of the 2016/17 National Hunt season. She gave birth to Rosie in May 2017.

How much is Nina Carberry worth? Nina Carberry net worth is estimated at around $2 million. Her main source of income is from her career as a former Jockey. Carberry successful career has earned her some luxurious lifestyles and some fancy cars trips. She is one of the richest and influential jockey in the United Kingdom.