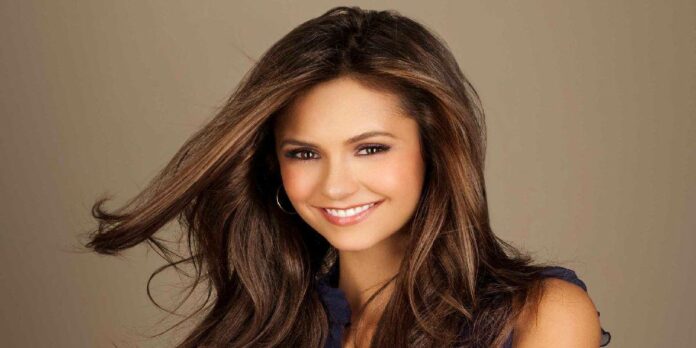 Nina Dobrev is a Canadian actress. Her first acting role was as Mia Jones in the CTV drama series Degrassi: The Next Generation. She later became known for portraying Elena Gilbert and Katherine Pierce on The CW’s supernatural drama series The Vampire Diaries.

Nikolina Kamenova Dobreva was born on January 9, 1989 (age 33 years) in Sofia, Bulgaria, and immigrated to Canada at age two, where she was raised in Toronto, Ontario. Her father, Kamen Dobrev, is a computer specialist and her mother, Michaela Dobreva Radeva, is an artist. She has an older brother.

She took acting classes at Armstrong Acting Studios in Toronto. Dobrev subsequently attended the arts program at Wexford Collegiate School for the Arts in Scarborough until her graduating year.

Dobrev entered post-secondary studies at Ryerson University in Toronto, majoring in sociology, though her pursuit of an acting career prevented her from graduating.

Nina Dobrev’s first major acting role was as Mia on the teen drama television series Degrassi: The Next Generation, a role she played for three seasons starting in 2006.

Dobrev appeared in several feature films in the mid-2000s, including Fugitive Pieces and Away from Her. Dobrev also headlined a number of television films, including Sci-Fi Channel’s Never Cry Werewolf, MTV’s The American Mall, and two Lifetime original movies.

She left Degrassi in 2009 to star in The CW’s supernatural drama series The Vampire Diaries, a television adaptation of the book series of the same name, playing the lead role of Elena Gilbert. Dobrev recurrently played a 500-year-old doppelgänger vampire named Katherine Pierce.

Dobrev played the Petrova doppelgänger progenitor Amara, also known as the world’s first immortal, in season 5. She crossed over to The Vampire Diaries spinoff The Originals, as doppelgänger character Tatia, in an episode in 2014.

In April 2011, Dobrev was cast as Candace Kelmeckis in the film adaptation of The Perks of Being a Wallflower. In August 2014, she starred in the 20th Century Fox comedy Let’s Be Cops.

Dobrev played the role of Vicki Summers in the 2015 horror comedy film The Final Girls. In September 2015, Dobrev was cast in the film Arrivals, portraying flight attendant Izzy; the film was later retitled Departures and was scheduled to go into production in April 2017. The same year, she was cast in the romantic comedy Crash Pad, which began filming in Vancouver in fall 2015.

Dobrev starred as Chloe in the Roger Avary thriller Lucky Day, released in 2019. In 2019, she joined the cast of the film Run This Town, which was released in March 2020. In July 2020, it was announced that Dobrev would star in and serve as executive producer for a television adaptation of the Woman 99 book series.

Check Out: Jason Statham net worth

Dobrev is also recognized for her long-term involvement with the WE movement, a Canadian-based charity that empowers youth to be agents of change. Dobrev took part in a Me to We volunteer trip to Kenya to help build a school.

She hosted the We Day event in Toronto n 2011 and made an appearance on stage at WE Day California 2019. Other social and charity issues Dobrev has been involved with include communities in schools, school supplies, Elton John AIDS Foundation and “Rape Foundation”, which gives comprehensive care to rape victims and sexually abused children.

Nina Dobrev is currently engaged to Shaun White. The couple is yet to hold their marriage ceremony. However, Dobrev is a dual citizen of Canada and Bulgaria. She speaks fluent English and Bulgarian and is conversant in French. While filming The Vampire Diaries, Dobrev lived in Atlanta but moved to Los Angeles after leaving the series in 2015.

How much is Nina Dobrev worth? Nina Dobrev net worth is estimated at around $12 million. Her main source of income is from her career as an actress. Dobrev successful career has earned her some luxurious lifestyles and some fancy cars trips. She is one of the richest and influential actresses in Canada.