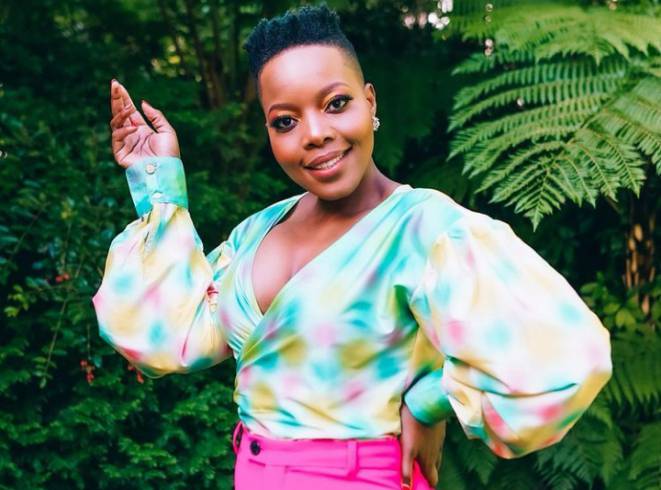 Read the complete write-up of Nomcebo Zikode net worth, biography, age, height, family, husband, children, songs as well as other information you need to know.

Nomcebo Zikode is a South African singer and songwriter. Born in Hammarsdale, Zikode was a backing singer for several years. She has collaborated with DJ Ganyani on their hit single “Emazulwini” (2018).

Having signed a record deal with Open Mic Production, she co-wrote and was featured on Master KG’s chart-topping single “Jerusalema” (2019), which debuted #1 on Billboard Music charts and Apple Music charts.

Nomcebo Zikode who real name is Nomcebo Nothule Nkwanyana was born on October 28, 1985(age 35 years) in Mpumalanga, South Africa. She grew up in the suburb of Hammarsdale, KwaZulu-Natal.

After moving from home to pursue a career in music, she worked mostly as a backing singer for more than fifteen years. She worked with South African artists, including Deborah Fraser, Zahara, Lundi Tyamara, and Nhlanhla Nciza.

Check Out: Master KG net worth

Nomcebo Zikode was signed by Ganyani Entertainment, providing vocals for songs including “NTO”, “Jabulile”, and “Emazulwini”, which received a nomination for Record of the Year at the SAMA awards. As she did not own the songs, she was not permitted to perform them without the consent of the label.

Having signed a record deal with Open Mic Productions, she gained worldwide popularity after working with Master KG on his 2019 hit single “Jerusalema” and later remixed by Burna Boy, debuted #1 on Billboard Music charts.

On August 14, 2020, her single “Xola Moya Wam” was released which serves as the lead single from her debut album Xola Moya Wam. The song was certified gold certification by the Recording Industry of South Africa in the first 2 weeks, later reached platinum after a month of its release. The single peaked number 1 on Apple Music Chart & iTunes Chart.

In November 2019, she was featured on “Jerusalem” single by Master KG and went viral in early 2020, Burna Boy released a remix. On July 11, 2021, Nomcebo revealed that she wasn’t paid for her feature on the song by her label Open Mic Productions.

Check Out: Makhadzi net worth

What is Nomcebo Zikode net worth? Nomcebo Zikode’s net worth is estimated at around $1.5 million which is approximately R22.4 million South African rands. Her main source of income is from her music career. Zikode successful career has earned her some luxurious lifestyles and some fancy cars, Mercedes Benz, BMW, and Toyota. She is one of the richest female musicians in South Africa. However, on July 29, 2021, she embarked on a European tour.

Maracana Stadium Set to be Named After Pele

10/03/2021
Brazil's iconic Maracana stadium is to be named in honour of the country's legendary footballer Pele. The move follows a vote by the Rio de...

08/02/2021
ABOUT US
Our Motive is to provide reliable, accurate and timely news to you. We're social, connect with us: The Urban and Rural at heart ❤️
Contact us: [email protected]
FOLLOW US
© Apumone 2021 All Rights Reserved