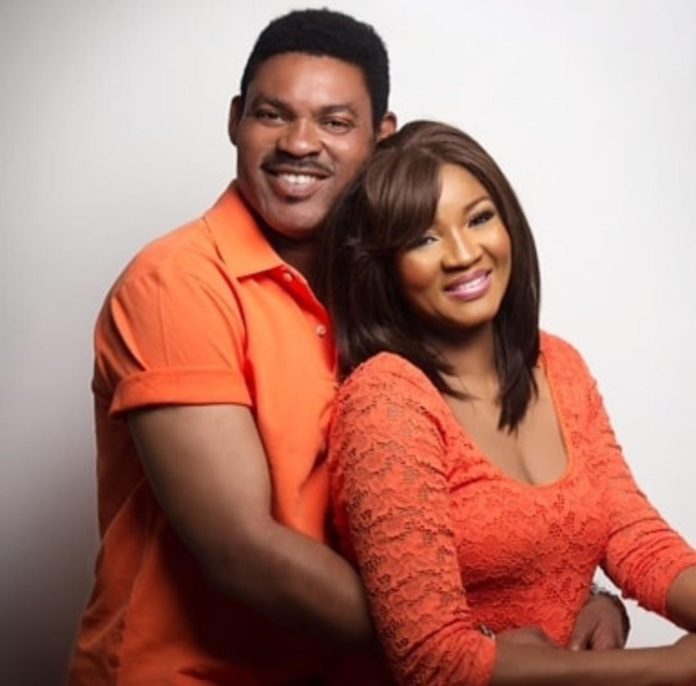 According to an anonymous blogger, the husband of the celebrated Nigerian actress is cheating on her with a younger woman whose identity is yet to be known.

The blogger subsequently, has released whatsapp chats purported to be between Captain Ekeinde and his mistress.

From the chat, Captain Ekeinde inquires of the lady when her next travel to the UK would be while questioning her over her new boyfriend.

The chat has generated lots of conversation on social media with many wondering whether there is any truth to the allegation considering the fact that we are in a smart world and people can use modern technology to generates chats just to disgrace them.