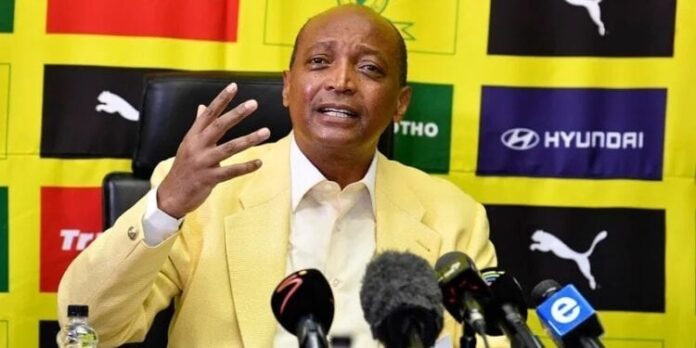 South African Billionaire Patrice Motsepe was elected by acclamation on Friday, March 12 at the 43rd Ordinary and Elective General Assembly in Rabat, Morocco as he was the sole candidate for the top job on the African continent after his contender withdrew from the election.

Mr. Motsepe replaces Dr Ahmad Ahmad, who was in 2020 handed a 5-year ban by FIFA.

On Friday, March 5, exactly seven days before the polls, contenders like Jacques Anouma of Ivory Coast, Augustin Senghor of Senegal and Ahmed Yahya of Mauritania withdrew the candidature to the surprise of many.

Motsepe owns Mamelodi Sundowns and since making his intentions known to contest the CAF presidency has received massive support even from the governing body FIFA.