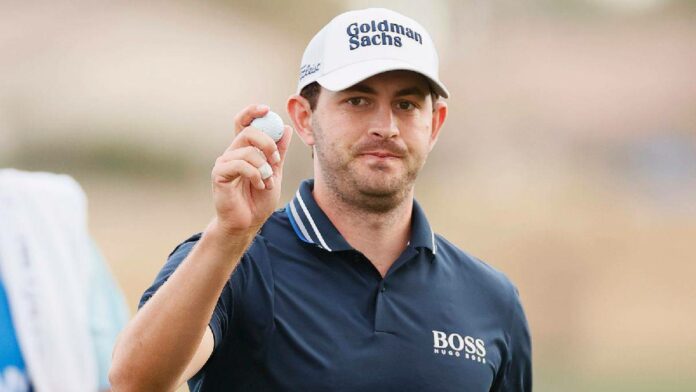 Read the complete write-up of Patrick Cantlay net worth, age, wife, children, height, family, parents, PGA golf as well as other information you need to know.

Patrick Cantlay is an American professional golfer. He had a successful amateur career and was the number one golfer in the World Amateur Golf Ranking for 55 weeks. He has won six times on the PGA Tour as well as the 2021 FedEx Cup. Cantlay represented the United States at the 2011 Walker Cup, where he posted a 2–1–1 record.

Patrick Cantlay was born on March 17, 1992 (age 30 years) in Long Beach, California, United States. He is the son of Steve and Colleen Neylan Cantlay. He has a sister, Caroline Cantlay, and two brothers, Nick and Jack Cantlay. He attended Servite High School where he won the California State High School Championship as a senior.

Cantlay won four tournaments in his freshman year at UCLA and won the Haskins Award as the most outstanding collegiate golfer in 2011. He was also named the Golf Coaches Association of America (GCAA) Division I Jack Nicklaus National Player of the Year. Cantlay also won the Phil Mickelson Award as the GCAA National Freshman of the Year in addition to being the Pac-10 Player of the Year and Freshman of the Year. He also won the Mark H. McCormack Medal as the top-ranked amateur in the world at the end of the 2011 season. This award earned him an invitation to the 2012 Open Championship.

He qualified for the 2011 U.S. Open through sectional qualifying. He was one of three amateurs to make the cut along with Russell Henley and Brad Benjamin. Rounds of 70 and 72 over the weekend ensured he was low amateur. His back nine 30 was the best in the tournament and he finished in a tie for 21st. The following week, on June 24, Cantlay shot the lowest round in PGA Tour history by an amateur when he shot a course record 60 at the Travelers Championship at TPC River Highlands in Cromwell, Connecticut. The following week, he finished as the low amateur at the AT&T National, finishing in a tie for 20th place.

Cantlay won the Southern California Amateur at the San Gabriel Country Club. He was also a low amateur at the 2011 RBC Canadian Open in July, finishing in a tie for ninth place. On August 6, Cantlay lost to Ethan Tracy in the Western Amateur final at the North Shore Country Club in Glenview, Illinois. On August 28, at Erin Hills in Erin, Wisconsin, he lost in the final of the U.S. Amateur to Kelly Kraft. Making the finals earned him a spot in the 2012 Masters Tournament, where he finished in a tie for 47th, making him the low amateur.

Patrick Cantlay decided to forgo his final two years of college to turn professional in June 2012. The decision to go professional meant forfeiting his spot at the 2012 Open Championship. His professional debut was at the 2012 Travelers Championship, where he missed the cut. Prior to the Travelers, Cantlay announced he would be signing with Mark Steinberg and Excel Sports Management Group, the same management as Tiger Woods.

Cantlay was the number one amateur in the world before turning pro, holding the top spot for a record 55 weeks. At the time, he was also ranked 415th in the Official World Golf Ranking. He earned his first professional paycheck at AT&T National, finishing in a tie for 66th. The following week he finished in a tie for 38th at the Greenbrier Classic.

Check Out: Cameron Smith net worth

He earned his first professional win at the 2013 Colombia Championship, an event on the Web.com Tour. He played in the Web.com Tour Finals and finished 11th to earn his PGA Tour card for 2014. In the 2013–14 season, he played only five events due to a back injury and was granted an 11-event medical extension. He played in just one tournament the following season, in late 2014, but didn’t play at all in 2015 or 2016. As of the start of the 2017 season, ten starts remained on his medical extension.

In February 2016, Patrick Cantlay’s caddie, Chris Roth, was killed in a hit-and-run accident in Newport Beach, California while Roth and Cantlay were out on the town. Roth had been a high school teammate of Cantlay’s and had caddied for him in his amateur and professional career.

In his second start of the 2017 season, Cantlay regained his PGA Tour card with a runner-up finish at the Valspar Championship. He finished third at the Heritage, 10th at the Northern Trust, 13th at the Dell Technologies Championship and 9th at the BMW Championship, which allowed him to qualify for the Tour Championship.

Patrick Cantlay narrowly missed defending his title at the Shriners Hospitals for Children Open on November 4, 2018. He finished second by one stroke to champion Bryson DeChambeau.

Cantlay finished tied for third place at the PGA Championship behind the winner, Brooks Koepka in 2019. Two weeks later he won the Memorial Tournament in Dublin, Ohio, a result that lifted him into the world top-10 for the first time. Cantlay shot a final round of 64 to come from four strokes behind the 54-hole leader Martin Kaymer and win his second PGA Tour title.

In October 2019, Cantlay again narrowly missed winning the Shriners Hospitals for Children Open. He lost a playoff to Kevin Na on the second playoff hole. In December, Cantlay played on the U.S. team at the 2019 Presidents Cup at Royal Melbourne Golf Club in Australia. The U.S. team won 16–14. Cantlay went 3–2–0 and won his Sunday singles match against Joaquín Niemann.

In October 2020, Patrick Cantlay won the Zozo Championship at Sherwood Country Club in Thousand Oaks, California. The event normally takes place in Japan but was moved to California in 2020 due to the COVID-19 pandemic.

At The American Express in January 2021, Cantlay made the halfway cut on the number; and then fired twenty birdies over the weekend, including in an 11-under-par final round 61 to post a 22-under total and the clubhouse lead. He was eventually edged out by a single stroke by Kim Si-woo. In June, Cantlay won the Memorial Tournament for a second time.

He beat Collin Morikawa in a playoff. In August, Cantlay won the BMW Championship on the sixth hole of a sudden-death playoff over Bryson Dechambeau. In September 2021, Cantlay won the Tour Championship at East Lake Golf Club in Atlanta, Georgia. This victory won him the FedEx Cup and a $15,000,000 season-long bonus. He was voted the PGA Tour Player of the Year.

Patrick Cantlay is currently not married. He is dating his wife to be Nikki Guidish, and lives in a private house in North Palm Beach, Florida. Patrick Cantlay’s wife Nikki Guidish age is 28 years. However, in September 2021, Cantlay played on the U.S. team in the 2021 Ryder Cup at Whistling Straits in Kohler, Wisconsin. The U.S. team won 19–9 and Cantlay went 3–0–1 including a win in his Sunday singles match against Shane Lowry.

How much is Patrick Cantlay worth? Patrick Cantlay net worth is estimated at around $20 Million. His main source of income is from his career as a professional golfer. Cantlay successful career has earned him some luxurious lifestyles and some fancy cars trips. He is one of the richest and influential golfers in the United States. However, on March 23, 2011 he was ranked world number 1 in the World Amateur Golf Ranking. He holds the records for most consecutive weeks at number one, 54, and held the record for most total weeks at number one, 55, until Jon Rahm eclipsed him in 2016.

16/10/2021
Read the complete write-up of Tom Grennan net worth, age, height, family, girlfriend, songs, albums as well as other information you need to know. Introduction Tom...

24/01/2022
ABOUT US
Our Motive is to provide reliable, accurate and informative news to you. The Urban and Rural at heart ❤️
Contact us: [email protected]
FOLLOW US
© Apumone 2022 All Rights Reserved
Go to mobile version