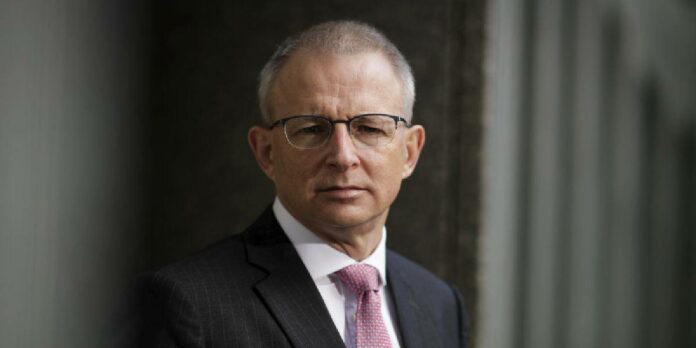 Read the complete write-up of Paul Fletcher net worth, age, wife, children, birthday, height, family, politics, office as well as other information you need to know.

He briefly served as the Minister for Territories, Local Government and Major Projects between October and December 2017. He served as Minister for Urban Infrastructure and Cities from July 2016 to August 2018 in the Second Turnbull Ministry, and Minister for Families and Social Services in the First Morrison Ministry.

Paul William Fletcher was born on January 16, 1965 (age 57 years) in Devizes, Wiltshire, England. He is the son of Clive and Mary Fletcher. His father was a professor of computational engineering. He arrived in Australia with his family at the age of two and held British citizenship until 2009 when he renounced it to stand for parliament.

Fletcher grew up in the eastern suburbs of Sydney, where he was the dux of Sydney Grammar School in 1982. He subsequently attended the University of Sydney, graduating with first-class honours in economics and laws. At university, he co-wrote two plays, titled The Fax of Life and Annually Fixated.

In 1993 Fletcher was awarded a Fulbright Scholarship to go to Columbia University’s Graduate School of Business in New York City, where he completed a Master of Business Administration degree.

In his early career, Paul Fletcher worked as a management consultant, a corporate lawyer for Mallesons Stephen Jaques, and a corporate strategist for TNT Limited. From 1996 to 2000, he worked as chief of staff to Minister for Communications Richard Alston, a Liberal Party politician. Fletcher joined Optus in 2000 and worked as director of corporate and regulatory affairs until 2008. According to The Sydney Morning Herald, he was “an influential agitator against the prohibitive monopoly power of Telstra during major policy battles”.

Fletcher joined the Young Liberals at the age of 16. In 2009, he won preselection from a field of 17 people to be the Liberal Party candidate at the 2009 Bradfield by-election, following the retirement of former Liberal leader Brendan Nelson. Bradfield, a seat located on the North Shore of Sydney, has been held continuously by the Liberal Party since its creation in 1949 and is one of the safest Liberal Party seats in Parliament.

He was required to renounce his dual British citizenship before entering Parliament, as required by Section 44 of the Constitution of Australia. Fletcher had previously unsuccessfully sought Liberal Party pre-selection in the Division of Cook in 2007.

Paul Fletcher is married to jeweller Manuela Zappacosta and they have one son, and they live with her son from a previous marriage.

How much is Paul Fletcher worth? Paul Fletcher net worth is estimated at around $4 million. His salary is around $400,000 and his main source of income is from his political career. Hon Paul Fletcher is one of the richest and influential politicians in Australia.