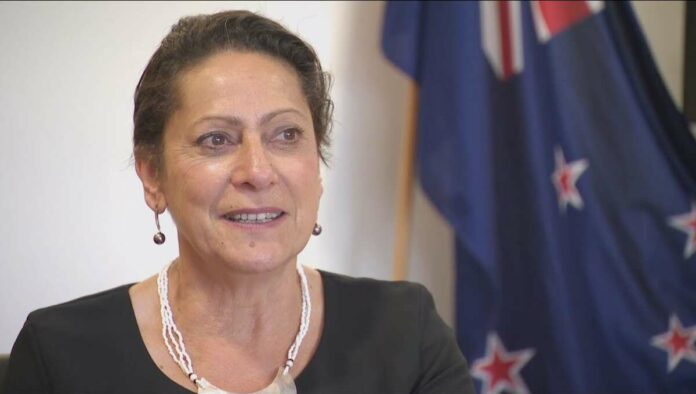 Poto Williams has served as a member of Parliament in the New Zealand Labour Party parliamentary caucus since the 2013 Christchurch East by-election. She became the second Cook Islander elected to the New Zealand Parliament – after Alfred Ngaro.

Munokoa Poto Williams MP was born on January 7, 1962 (age 60 years) in Wellington, New Zealand. She is of Cook Islander descent. Her parents, Nahora and Marion Williams, migrated to New Zealand in the 1950s. She was born in Wellington and grew up in Auckland, where she attended Beresford Street School and Auckland Girls’ Grammar. Williams graduated from Southern Cross University in Australia with an MBA.

Williams has worked for the Ministry of Education, BirthRight, Healthcare NZ and disability agencies. She moved from Auckland to Christchurch’s suburb of New Brighton in January 2013 to take up a position as regional manager of the St John of God Hauora Trust. She resigned from that role during the election campaign so that she could focus “110%” on the election.

Poto Williams first got politically involved through making submissions on family violence and child welfare issues, which she has a strong interest in. She has served as a member of the Community Child Protection Review Panel, was involved in the Waitakere Community Law Service and Community Waitakere, and was part of the Living Wage Campaign and the LIFEWISE Big Sleepout.

During the 2017 New Zealand general election in September, Poto Williams retained the Christchurch East electorate, defeating Jo Hayes by 7,480 votes. On 19 October 2017, a Labour-led coalition government was formed with support from New Zealand First and the Green parties.

On 8 November 2017, Poto Williams was elected to the office of Assistant Speaker of the New Zealand House of Representatives. National Party Opposition Members tried challenging her nomination for the office on the basis she was not yet sworn in.

Speaker Trevor Mallard dismissed the challenges made by National Members by stating that one of the criteria for being nominated and elected as a presiding officer was being a Member of Parliament – which she was by virtue of the finalized election results. She however would not be able to conduct her business as Assistant Speaker until she had been sworn in.

Following a cabinet reshuffle in late June 2019, Poto Williams was appointed as a minister outside Cabinet, becoming Minister for the Community and Voluntary Sector as well as an Associate Minister for Greater Christchurch Regeneration, Social Development and Immigration.

On 13 June 2022, it was announced Poto Williams would be relieved of the police portfolio, which was assumed by Chris Hipkins, and the building and construction portfolio, which went to Megan Woods and instead become Minister of Conservation and Minister for Disability Issues.

Check Out: Megan Woods net worth

Prime Minister Jacinda Ardern said that “focus” in the police portfolio had been lost. Earlier, National Party leader Christopher Luxon had called for Williams to resign as Police Minister in response to a surge of gang activity that caused conflict between the Tribesmen and Killer Beez gangs in Auckland. In May 2017, Poto Williams suggested removing the presumption of innocence afforded to alleged perpetrators of sexual assault.

Poto Williams is married to her husband Ken Anderson. Her husband is a private person and they have three children Terai, James and Phoebe. Williams was married to her first husband but they later separated before she met her current partner Ken. However, in between her busy schedule, Megan enjoys watching cricket, rugby and spending her free time with friends and family. She stands at an appealing height and has a good body weight that suits her personality.

How much is Poto Williams worth? Poto Williams net worth is estimated at around $4 million. Her main source of income is from her career as a politician. Williams salary with other career earnings is over $1.5 million+ annually. Her successful career has earned her some luxurious lifestyles and some fancy car trips. She is one of the richest and influential politicians in New Zealand.