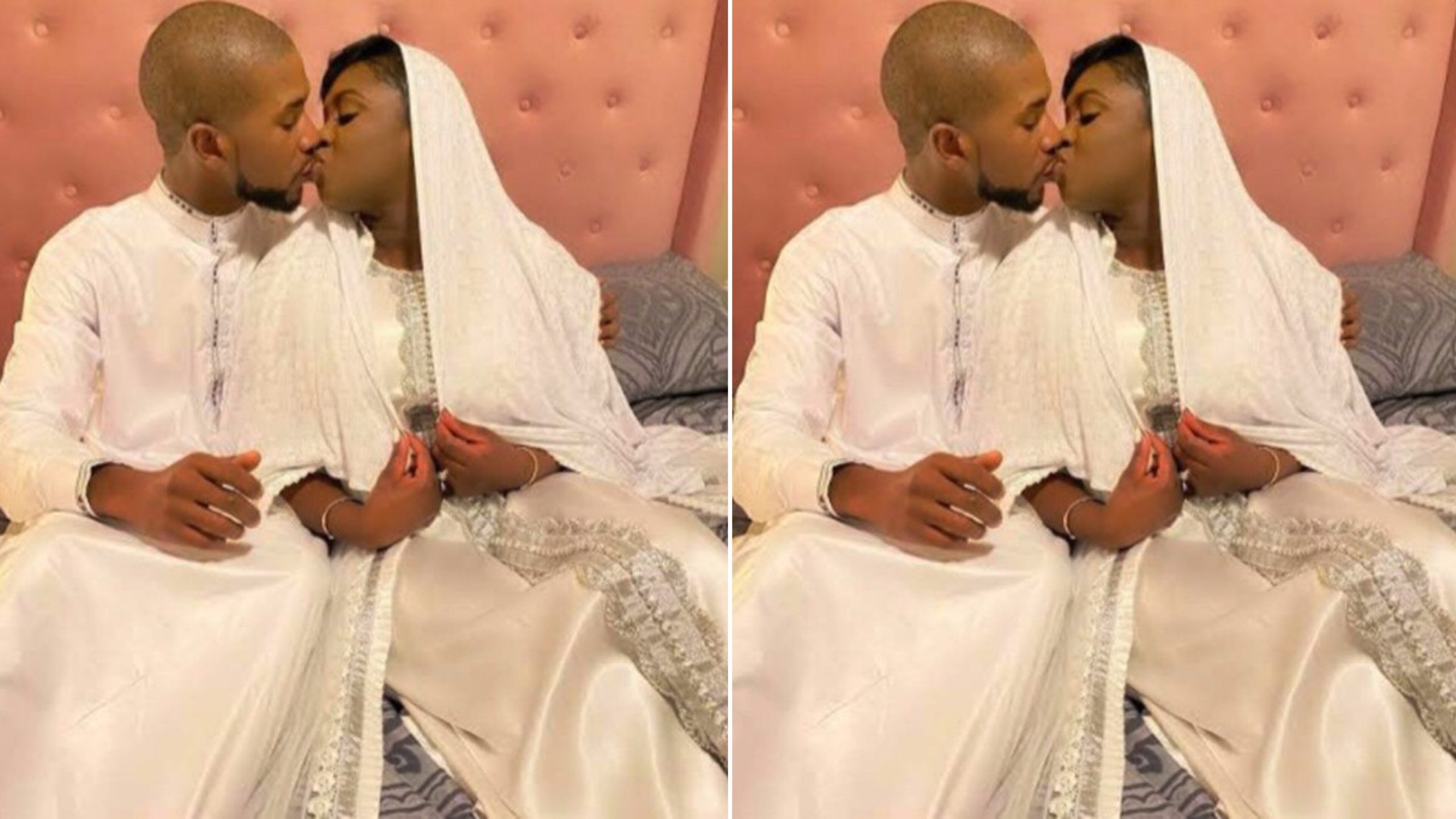 Actress, Princess Shyngle took to Instagram to allege that her husband, Gibril Bala Gaye, physically abused her as she announces her marriage is over after a few weeks.

She came online to make the revelation after her husband went on Instagram live to tell the world that his wife locked him out of the house after a little disagreement about 8 weeks ago and he hasn’t seen her for 7 weeks. He added that she’s in New York doing “her thing”.

Princess Shyngle said she had no intention to bring her marital woes online but since her estranged husband was already giving the impression she’s a bad woman who left her husband for 7 weeks, she has to come out with her truth.

In an Instagram live video,  she told the world that her marriage has been shaky for over 8 weeks. She said her husband was violent and “put hands” on her so she decided to divorce him.

“Youre a fu*king mistake. I’ve divorced your as* so leave me the f*ck alone,” she wrote.

Only weeks ago, Princess Shyngle announced she’s married to her best friend who she’s crushed on since 8th grade and has been best friends with for over 10 years (read here). Now, she says she has no idea he was violent.

Audios she shared as ‘proof,’  show someone admitting to laying his hands on her.

9 weeks ago, on January 30 precisely,  Shyngle announced she is married. Going by her revelation on her Instagram live that the domestic violence incident happened 8 weeks ago, leading to their separation and then divorce, it means their marriage lasted only one week or thereabout.

Shyngle also shared a photo of herself and wrote in the caption, “Having a good time with the true love of my life #myself &$$$$”

Swipe below to listen to the audios and read her posts about her marital woes below.